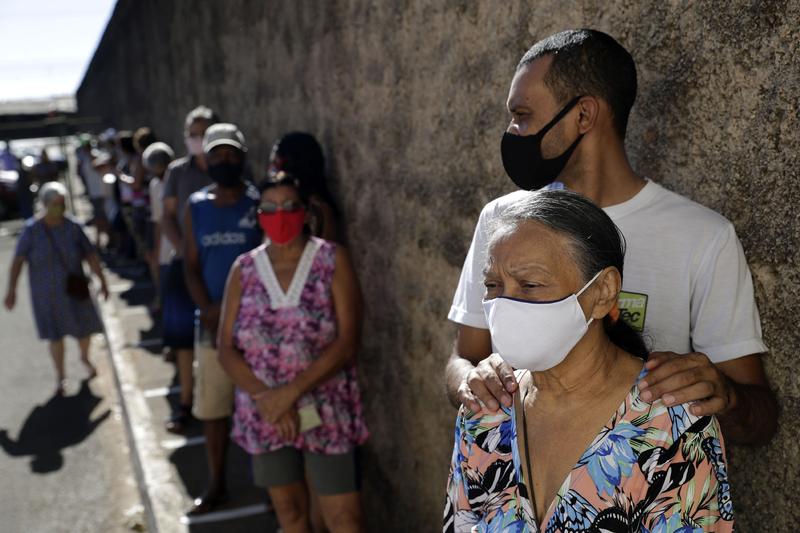 Brazil on Wednesday registered 3,163 more deaths from COVID-19 in the past 24 hours, raising the national count to 398,185, the world's second-highest COVID-19 death toll after the United States, the Ministry of Health said.

April has been the month with the most deaths since the outbreak of the pandemic in the Latin American nation, with about 70,000 fatalities having been reported to date, compared with 66,000 deaths for March.

An 8:00 p.m.-5:00 a.m. curfew is in place to encourage residents to stay at home, a measure that has succeeded in reducing the occupancy of hospital intensive care units to 80.5 percent, according to Sao Paulo Governor Joao Doria.

Meanwhile, local variants of the virus are now predominating, the state-run Adolfo Lutz Institute said, adding that 90 percent of infections in the state of Sao Paulo in March were attributed to the P1 or Amazonas variant, compared with 20 percent in January.

"The increase in cases, hospitalizations and deaths in the first quarter may be linked to the circulation of this variant," the institute's Disease Control Coordinator Regiane de Paula said.