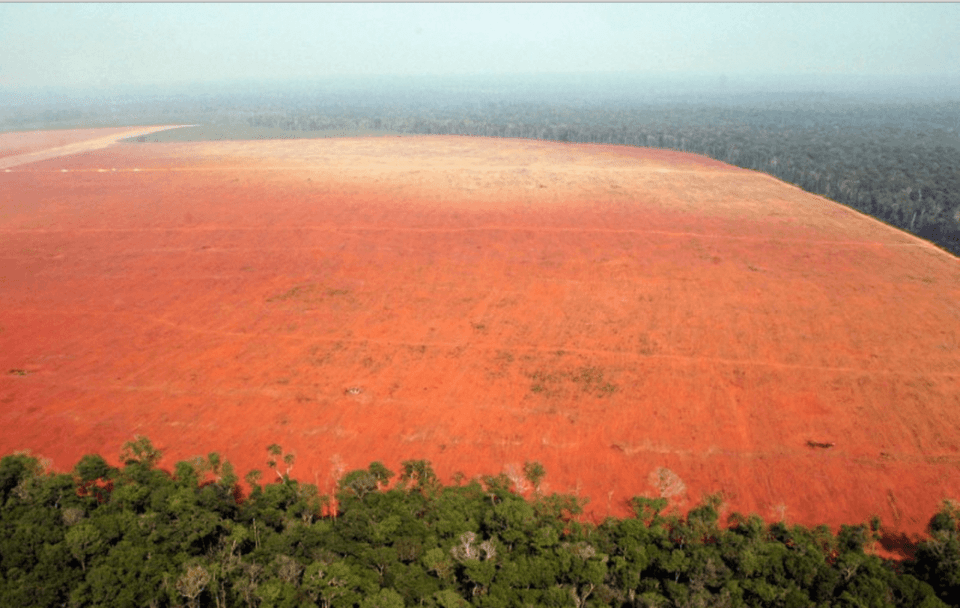 Deforestation in the Brazilian Amazon hit a monthly record of 1,034.4 square kilometers in June, the government reported on Friday, Xinhua reports.

The National Institute for Space Research (INPE) at the Ministry of Science, Technology and Innovation revealed in a report that deforestation in June was 10.6 percent higher than in the same month of 2019, and 24.31 percent higher than May this year.

According to the report, in June, the world's largest rainforest witnessed 2,248 fires, the highest level for the month of June in 13 years.

Additionally, areas totaling 3,069.57 square kilometers were deforested in the first half of the year, an increase of 25 percent compared to the same period in 2019.

The figures came at a time when the Brazilian government is receiving harsh criticism from the international community for its alleged lack of commitment in combatting the destruction of the Amazon.

On Thursday, Brazilian Vice President Hamilton Mourao led a meeting with a group of international investors, who publicly expressed their disagreement with the country's environmental policy.

The official stated that investors had demanded environmental policies that produced results, and he promised a stronger effort from the government in reducing high rates of deforestation.