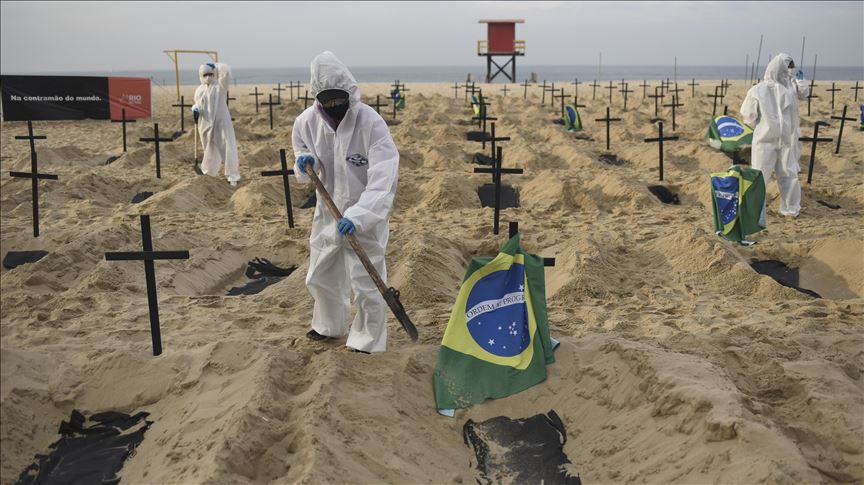 The latest additions took the country’s tally to 298,676.

Sao Paulo state, the most affected part of the country, has recorded over 2.33 million cases and 68,623 fatalities.

Brazil, the world's worst-hit country by the pandemic after the United States, has been going through difficult times lately due to both high occupancy levels in intensive care units and the spread of P1, the more contagious type of the disease, which is thought to have originated in Amazonas state.

In the country, whose population exceeds 212 million, the average daily death toll in the last week has been 2,300.

Since originating in Wuhan, China in December 2019, the COVID-19 pandemic has claimed more than 2.73 million lives in 192 countries and regions.

Over 124 million cases have been reported worldwide, with recoveries surpassing 70.3 million, according to figures compiled by US-based Johns Hopkins University.

The US, Brazil and India remain the worst-hit countries in terms of cases.