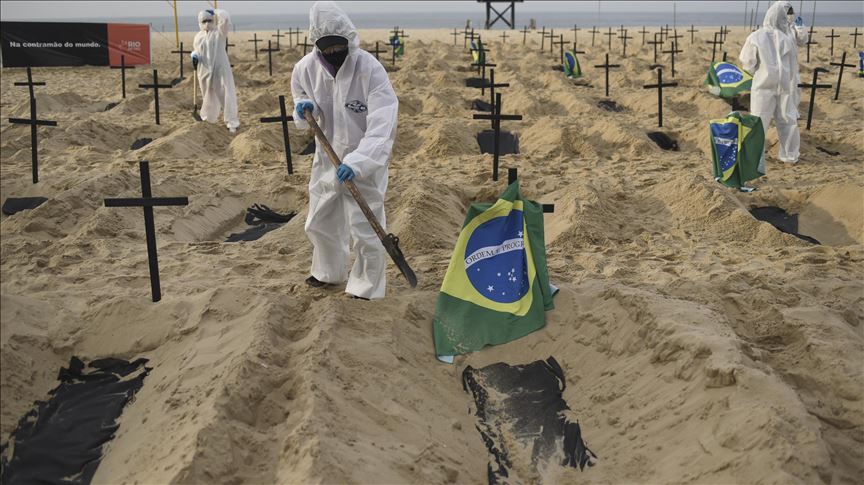 Brazil reported a record daily COVID-19 death toll of 3,869 on Wednesday, the Health Ministry said, according to Xinhua.

This figure surpassed the Tuesday record of 3,780 deaths, bringing the country's total to 321,515.

Brazil is one epicenter of the pandemic, with the world's second-worst outbreak in terms of deaths and infections, only after the United States.

The South American country has been facing a new wave of outbreak since January, which has overwhelmed its health system in most of the country's 27 federative units.