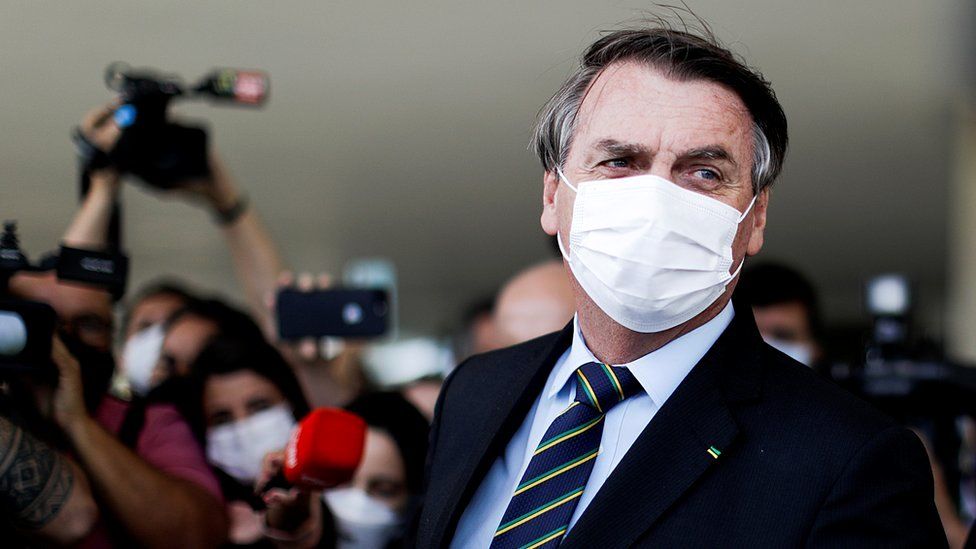 The heads of Brazil's army, navy and air force have all resigned as President Jair Bolsonaro struggles to contain a crisis over his leadership, BBC reports.

The defence chiefs are reported to have stepped down in protest at what they see as an attempt by Mr Bolsonaro to exert undue control over the military.

On Monday, the president was forced to reshuffle his cabinet after his foreign and defence ministers both quit.

Mr Bolsonaro's popularity has plummeted over his response to Covid-19.

Brazil's far-right president, who came to power two years ago, has consistently opposed quarantine measures, arguing that the damage to the economy would be worse than the effects of the coronavirus itself.

He has also told Brazilians to "stop whining" about the situation. Nearly 314,000 people have died of Covid-19 in Brazil, with more than 12.5 million confirmed cases.

It is reportedly the first time in Brazilian history that the chiefs of the army, navy and air force have stood down together over a disagreement with the president.