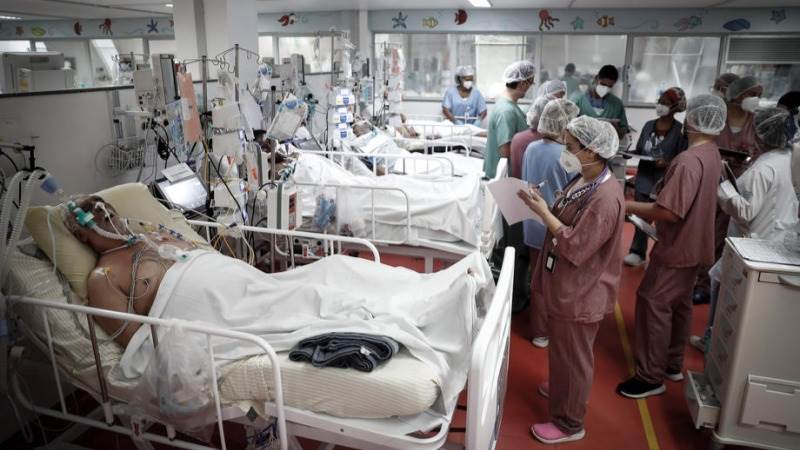 Brazil marked a grim milestone Saturday, as April became the deadliest month yet in the country's Covid epidemic, authorities said, according to AFP.

The South American giant recorded 67,977 deaths so far in April, making it the deadliest month yet before it ends, topping March's 66,573 fatalities, the Health Ministry said.

Meanwhile, 71,137 new infections were also registered on Saturday, with a daily average of more than 60,000 new cases in the last two weeks.

Latin America's most populous country has recorded over 380,000 deaths among its 212 million people.

Only the United States has been worse affected in absolute terms, but Brazil's death rate per 100,000 inhabitants is the highest in both the Americas and the southern hemisphere.

Despite the data, experts say the curve of infections and deaths is actually stabilizing in Brazil.

Brazilian public health institute Fiocruz reported Friday that "in the last two weeks there has been a stabilization of cases and deaths from Covid-19, which characterizes a new level of transmission."

The death rate should hover around 3,000 per day in the coming weeks, it said.

Brazil has fully vaccinated only 5.8 percent of its population.