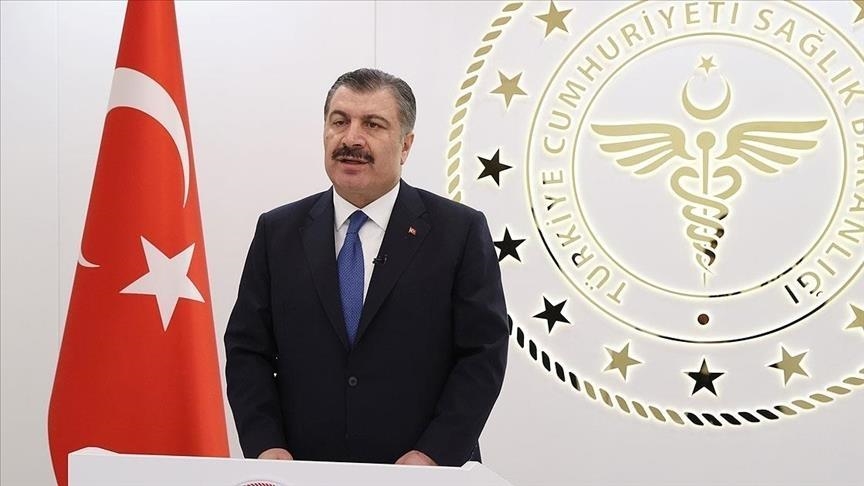 The COVID-19 booster shot increases protection against the disease, the Turkish health minister said on Wednesday, according to Anadolu Agency.

In a written statement issued after the virtual meeting of the Coronavirus Scientific Advisory Board, Fahrettin Koca said people who have received three shots account for less than 2% of overall coronavirus cases in Turkey.

Nearly 90% of active cases in hospitals are people who have not been vaccinated or received only one jab, he detailed, adding that only 10% of fully vaccinated people are currently receiving hospital treatment.

It is also expected that those who had received two doses of mRNA vaccines would need a booster shot 5-6 months after they got the second dose, he said.

Turkey has administered over 99.64 million coronavirus vaccine shots since the country launched an immunization campaign in January, according to official figures released on Wednesday.

Over 50.68 million people in Turkey have gotten their first doses, while more than 39.33 million are fully vaccinated, the Health Ministry said.

The data showed that 81.6% of the country's adult population has received at least one dose of a two-shot vaccine.

Turkey has also given third shots to over 9.2 million people.

The ministry also reported 23,914 new coronavirus cases, while as many as 262 more people died of the disease in the past 24 hours.

Earlier, Koca announced that the first cases of the COVID-19 Mu variant were seen in Turkey.