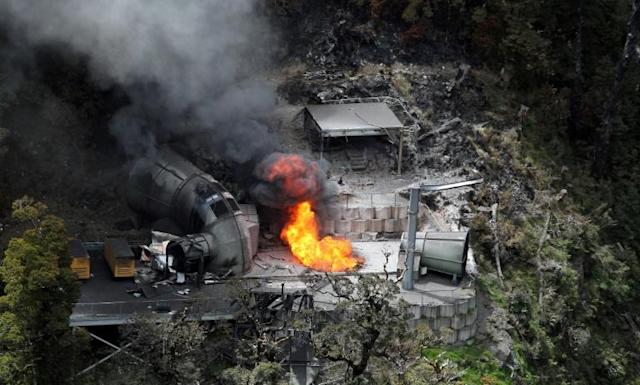 Eleven years after a New Zealand mine disaster claimed 29 lives, investigators on Wednesday said they had found the remains of at least two of the victims but were unlikely to launch a recovery operation, News.Az reports citing AFP.

The 2010 Pike River Mine disaster was one of New Zealand's worst industrial accidents, shocking the nation and prompting multiple recovery attempts and a charged criminal investigation.

The disaster is believed to have been caused by a blast triggered by a methane build-up.

Only two of the 31 miners on the afternoon shift were able to make their way out.

Tunnel collapses have all but ended efforts to recover the bodies or gain more evidence about the disaster.

But by digging a borehole, experts have now been able to gather images from the furthest reaches of the mine.

Police said they had spotted two sets of human remains and a possible third.

"At this point, we have been unable to identify the remains, however we will consult with forensic experts," Detective Superintendent Peter Read said, adding that because of the location, police would not be able to recover the bodies.

"Based on our investigation, we believe there were six to eight men working in the area where the remains have been located."

Andrew Little, the minister responsible for the recovery operation, added "it is unlikely they will be removed... I know some families would like to go further but that won't be possible."

Families of the victims said they hoped the discovery would assist with potential prosecutions.

"We've fought hard for years now to get justice for our boys, and this is part of it happening," said Rowdy Durbridge, whose son Daniel died in the explosion.

Anna Osborne, whose husband was among the 29 miners killed, said "what we've seen is starting to give real clarity about what happened down there."

The families of the men trapped and killed in the mine battled authorities for several years to retrieve the bodies.

In 2017, the government agreed to fund a recovery operation but this was abandoned in March this year when they said the operation had progressed 2.2 kilometres (around 1.5 miles) from the entrance without success and it was too hard and too expensive to go any further.