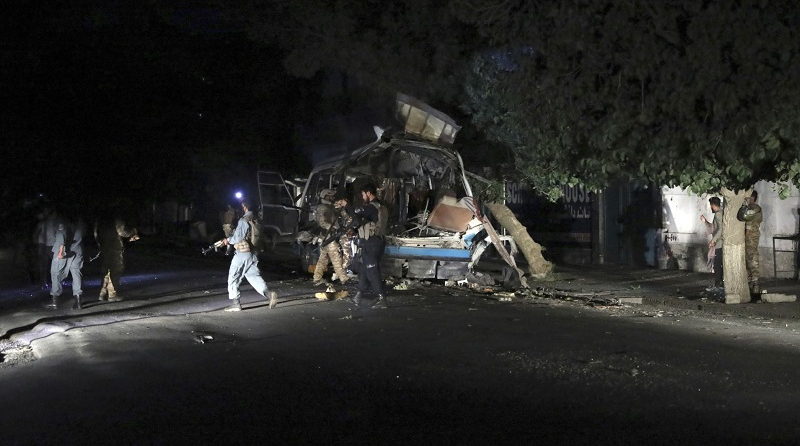 The initial two bombings, both targeting minivans, happened in a mostly ethnic Hazara area of the capital, said Rushan.

The first exploded near the home of a prominent Hazara leader, Mohammad Mohaqiq, and in front of a Shiite mosque. Most Hazaras are Shiites. The second bomb also targeted a minivan but Rushan said details were still being collected.

Police cordoned off the two areas and investigators were sifting through the rubble.

No one claimed responsibility for the bombings.