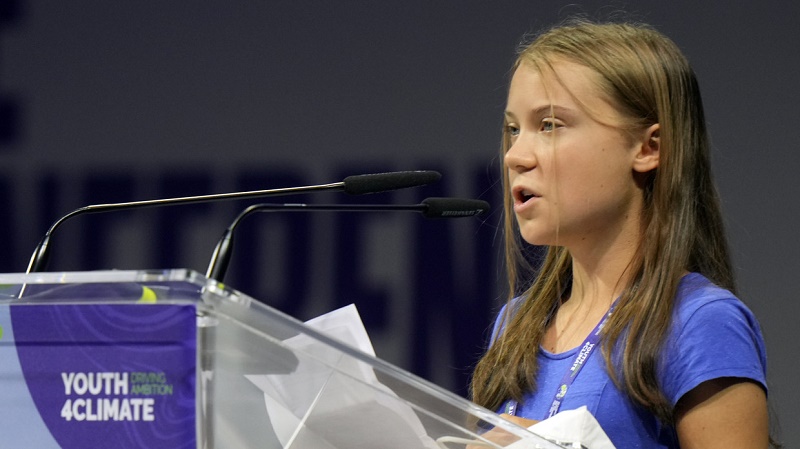 Since Tuesday, when she used the now-famous phrase "blah, blah, blah," it has become popular.

Two days after the speech, people around the world still share hundreds of posts on Twitter that contain, "blah, blah, blah."

Speaking at a Youth4Climate meeting in Italy, the teen ripped politicians for not doing much.

Thunberg, who inspired the global Fridays for Future movement, said that hopes and dreams drown in "empty words and promises" and asked where has 30 years of "blah, blah, blah," led us.