Billionaire Bezos, crew blast off into space on successful visit 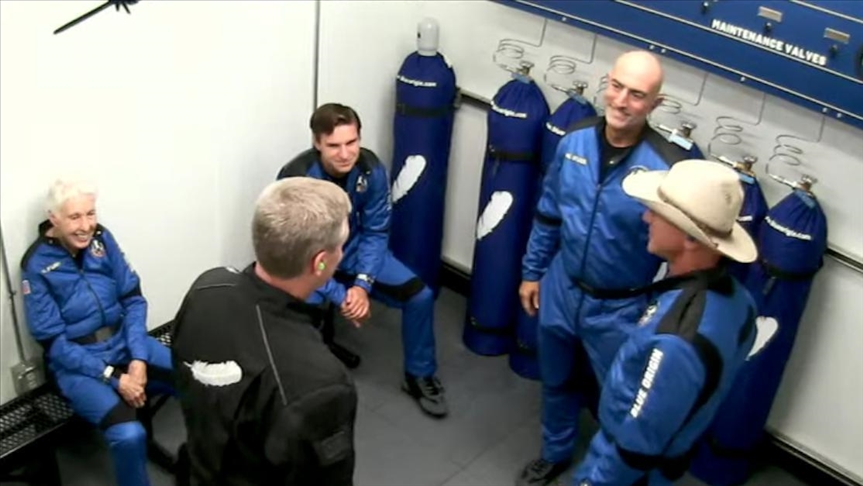 Billionaire Jeff Bezos and a crew that included an 81-year-old former astronaut-in-training and a Dutch teen whose father paid for the flight, completed a successful launch to the edge of space Tuesday from the US state of Texas, Anadolu Agency reported.

"Whoo-hoo! Oh my God, it's dark up here!," marveled Wally Funk, the oldest person in space, as the crew spent a few minutes in weightlessness about 100 kilometers (62 miles) above the surface of the Earth.

"You have a very happy crew up here," Bezos said. His brother, Mark, was the fourth crew member.

A long, tubular rocket blasted the New Shepard space capsule to its maximum height before drifting back to Earth, guided by two parachutes, before landing with a thud and a cloud of dust on a prairie.

No one seemed more awed by the trip than Funk, who trained to be an astronaut in the 1960s but was denied the opportunity to fly to space because she is a woman.

After she and the others emerged from the capsule, surrounded by a small gaggle of friends, family, co-workers and reporters, she threw her hands in the air, beaming, and exclaimed: "Oh my God, it was so great! You have to go!" 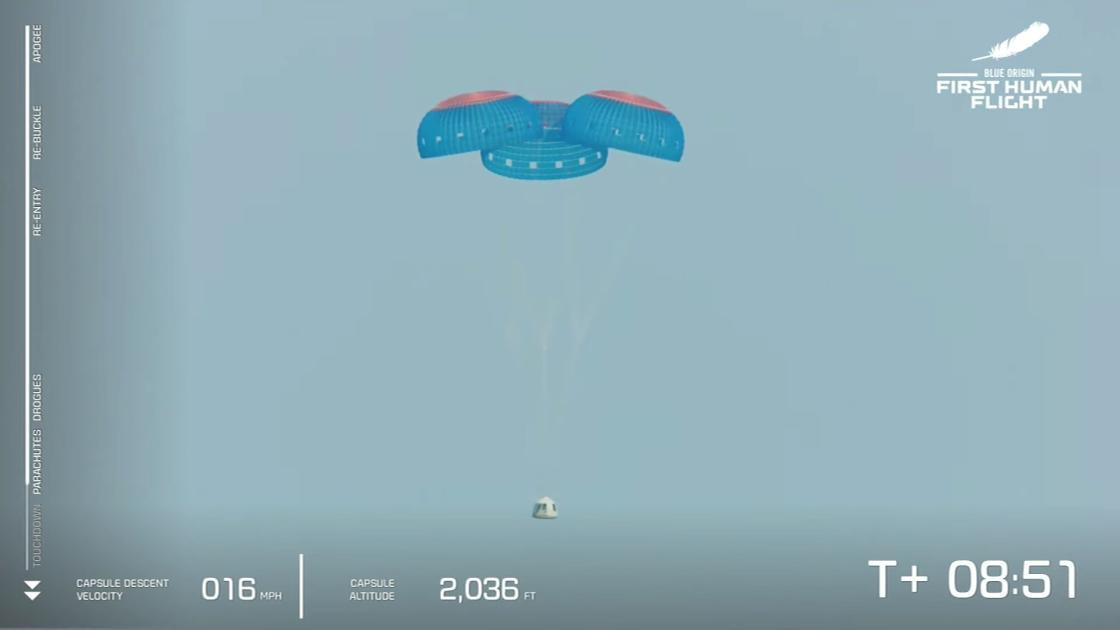 Champaign bottles were quickly uncorked under the Texas sun.

Bezos was beaten to personal space travel by nine days by his billionaire rival Richard Branson, although Branson flew in an airplane-type craft that did not go quite as high as Bezos' capsule.

Both flights are considered "sub-orbital," since they did not travel to deep space.

Bezos, the former CEO of Amazon, has always been fascinated by space travel. It was the subject of his high school valedictorian speech.

He founded his Blue Origin space company in 2000 and he said he has been liquidating billions of dollars in Amazon stock for years to fund Blue Origin.

This week, Bezos' acknowledged the criticism that he and Branson are simply very rich space tourists, but they have said there are real-world consequences behind their space flights, namely, taking ordinary people and products to space regularly.

For now, the price tag for space tourism is enormous. Both men have said prices for tickets, starting as early as next year, will be upwards of $250,000 per person.

But Col. Chris Hadfield, a retired NASA astronaut, told CNN that what Bezos and Branson have done is similar to early airline travel in the 1920s, when it, too, was only for the wealthy.

"There's still a lot of things to solve ... but it's the start of something. It's laying the foundations for what comes next," he said.