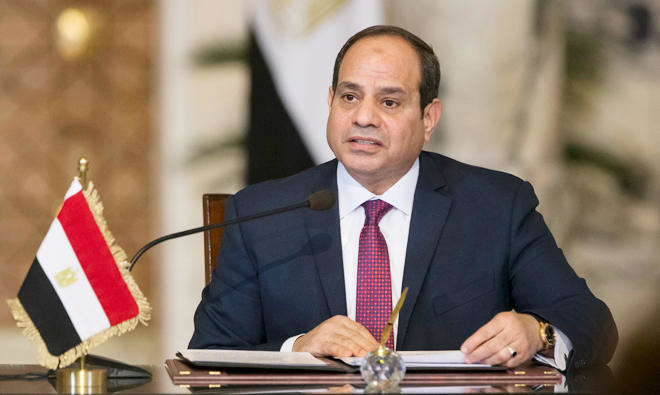 Bilateral relations between our countries have always been characterized by constructive cooperation and mutual respect, at the same time serious work has been done to achieve the common interests of the states and peoples of Egypt and Azerbaijan. Also, bilateral cooperation between the two countries in various fields has always been fruitful and successful in achieving significant achievements, and is still going on.

It is very important for us to work together in order to further strengthen our bilateral relations in areas of mutual interest, including in energy, construction, pharmaceuticals and mining for the benefit of Egypt and Azerbaijan, as well as their friendly peoples.

Your Excellency Mr. President, I wish your friendly country and people stability and progress, and extend to you the assurances of my highest consideration."