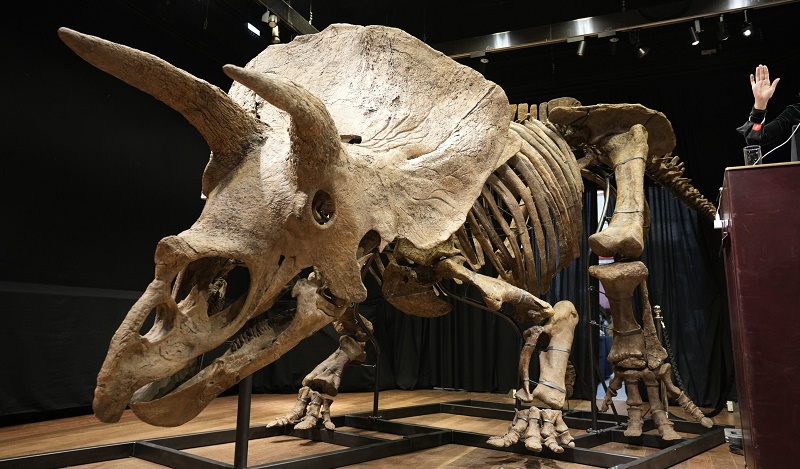 The 66-million-year-old fossilized remains of the world's largest triceratops dinosaur ever unearthed by paleontologists standing at a length of 8 meters (26 feet), known as "Big John," was bought by a private, anonymous United States collector for 6.6 million euros ($7.7 million) at a Paris auction house Thursday, AFP reports.

The final price reached at the Drouot auction house in Paris – 5.5 million euros before fees – was well above the expected 1.2 to 1.5-million-euro sale price.

Big John's skeleton is 60% complete and was unearthed in South Dakota in the U.S. in 2014 and put together by specialists in Italy.

He will now return to the U.S. and the private collection of the unnamed buyer, whom the auction house said had fallen "in love" with Big John after coming to view him.

The buyer beat 10 other bidders, with three, in particular, driving up the price in the final minutes.

"I wasn't expecting this," added paleontologist Iacopo Briano who oversaw the sale.

Big John lived during the Upper Cretaceous period, the final era of dinosaurs, and died in a floodplain, buried in mud that kept him well preserved.

A horn injury near his cranium suggests he got into at least one nasty fight.