Biden: US has not verified Russian troop pullout near Ukraine 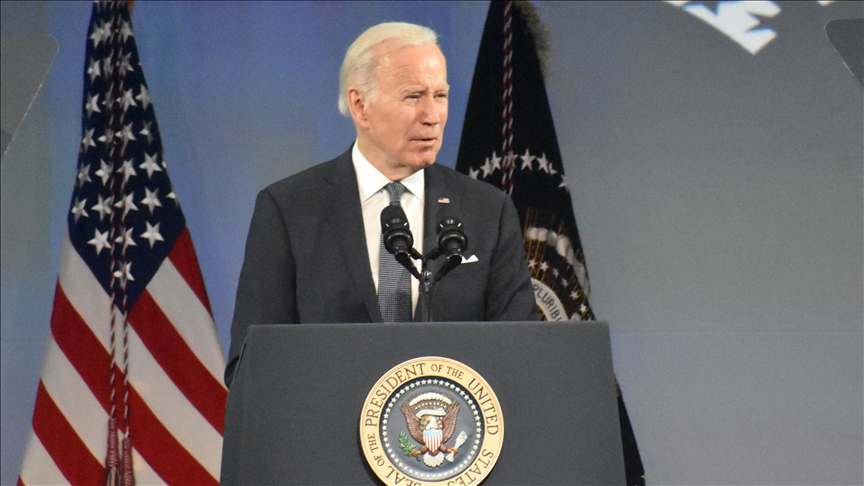 President Joe Biden said Tuesday that the US has not yet verified that some Russian troops are leaving positions near Ukraine, News.Az reports citing Anadolu Agency.

Biden reiterated that Washington is ready to engage in diplomacy with Russia during a White House news conference to provide an update on the crisis involving Russia and Ukraine.

"And we are ready to respond decisively to a Russian attack on Ukraine, which is still very much a possibility," he said. "We should give the diplomacy every chance to succeed."

He said the Russian defense minister reported earlier Tuesday that some military units are leaving their positions near Ukraine.

He also said if Russia attacks Ukraine it would be a "war of choice" or a "war without cause or reason."

"I say these things not to provoke but to speak the truth. If Russia does invade the days and weeks ahead, human costs for Ukraine will be immense," said Biden.

"If Russia attacks Ukraine, it will be met with overwhelming international condemnation. The world will not forget if Russia chose needless death and destruction. Invading Ukraine will prove to be a self-inflicted wound," he added.

Moscow, according to Ukrainian officials and NATO, has recently amassed more than 100,000 troops near Ukraine, prompting fears that the Kremlin could be planning a military offensive against its ex-Soviet neighbor.

Russia has denied it is preparing to invade and accused Western countries of undermining its security through NATO’s expansion toward its borders.