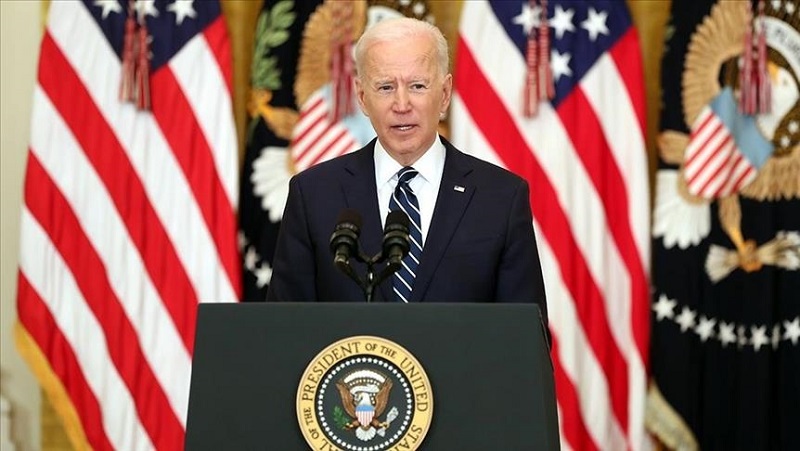 US President Joe Biden is set to change course on a pledge to dramatically increase the number of refugees allowed into the country, and instead continue to accept the lowest number on record.

The Trump-era cap of 15,000 refugees allowed to come to the US per year will remain in place when Biden signs an emergency presidential determination later on Friday, according to multiple reports that cite information from a senior administration official.

Biden pledged in February to dramatically raise the level of refugee admissions to the country after his predecessor worked year after year to draw down the figure, citing then what he called an "unprecedented" challenge as the international community grapples with over 80 million currently displaced people.

The US had led the world in refugee resettlement for decades until former President Donald Trump came to office in 2017, cracking down on all forms of immigration. Trump sharply curtailed refugee admissions from 110,000 when he assumed office to a maximum of 15,000 in his final year, an all-time low.

Biden pledged to move the US to a cap of 125,000 refugee admissions over time, though Trump's level runs through the current fiscal year that ends in September. But Biden said at the time he would direct the State Department to consult with lawmakers to make "a down payment on that commitment as soon as possible."

The anonymous officials cited in reports indicated part of the lack of change in admissions is due to Trump's gutting of the US's refugee system.

While it does not raise the limit as Biden pledged, the order will speed up refugee admissions, a senior administration official reportedly said. It will also open refugee admission to regions purposefully excluded by Trump.