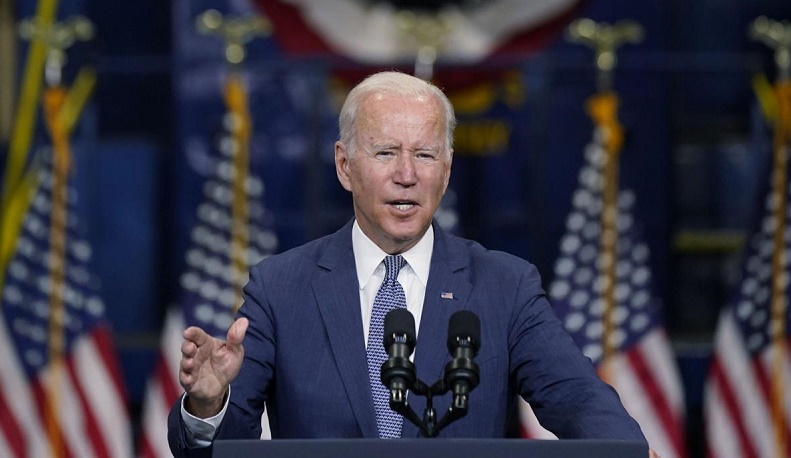 U.S. President Joe Biden made a last-minute trip to Congress on Thursday to push a new $1.75 trillion framework for economic and climate change spending, after weeks of squabbling between progressives and moderates in his party, Reuters reports.

Biden, who is delaying a trip to Europe to secure an agreement on his domestic policy priorities, is confident he will win backing from both wings of the Democratic Party for the spending.

"After months of tough and thoughtful negotiations, we have a framework that I believe can pass," Biden said on Twitter.

However, U.S. Representative Pramila Jayapal, who chairs the Congressional Progressive Caucus, said the member group would need to see any text of a spending bill before promising to vote on linked bipartisan infrastructure legislation.

"My understanding is that the framework is very general. So let's turn it into legislative text," she said, as she headed to the meeting with Biden in the U.S. Capitol.

The framework would be fully paid for by repealing certain tax rebates passed under former President Donald Trump, imposing a surcharge on corporate stock buybacks, and adding a surcharge on the earnings of the wealthiest Americans, the White House said.

The framework includes $555 billion in spending for climate, and six years of preschool, among other top agenda items, but does not include paid family leave or a tax on billionaires. read more

The White House says the plan has the support of all 50 Democrats in the Senate and said it is confident this bill can also pass the House of Representatives.

The president had hoped to reach an agreement before attending a G20 meeting in Rome, where a global minimum tax will be high on the agenda, and a climate conference in Glasgow, where Biden hopes to present a message that the United States is back in the fight against global warming. read more

U.S. Representative Hakeem Jeffries, who chairs the House of Representatives Democratic Conference, said he understood Biden would discuss a planned framework that appeared to have support from all Democratic U.S. senators, clearing a major hurdle.