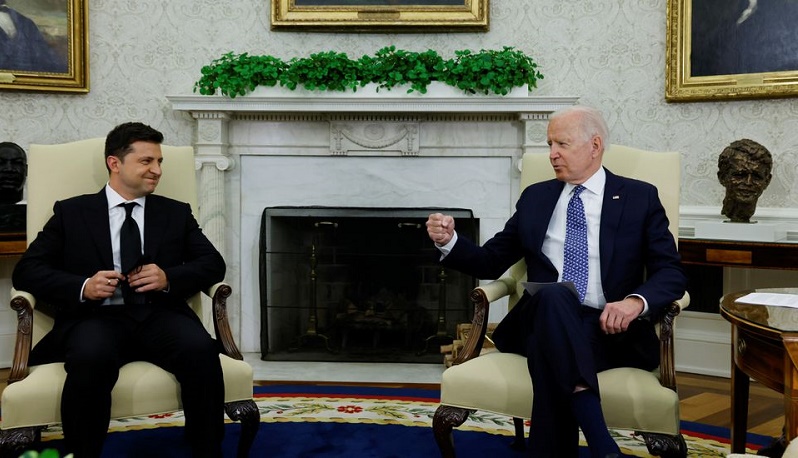 "The United States remains firmly committed to Ukraine's sovereignty and territorial integrity in the face of Russian aggression," Biden said at the beginning of a meeting with his Ukrainian counterpart in the Oval Office.

"Today we're going to discuss how the U.S. can continue to support Ukraine as it advances its democratic reforms agenda," Biden said.

The two leaders, at their first face-to-face meeting since Biden took office in January, were also expected to discuss the Nord Stream 2 pipeline, which Ukraine fears could be used by Russia as a geopolitical weapon, among other issues.

Zelenskiy raised Nord Stream 2 in his opening remarks and said he would seek to hear Biden's vision of Ukraine's chances for joining the NATO military alliance and a time frame for such a move.

Zelenskiy told reporters in June he wanted a clear "yes" or "no" from Biden on giving Ukraine a plan to join the North Atlantic Treaty Organization. He has urged NATO members to accelerate Ukraine's entry after a standoff with Russia this year in which Russia massed additional troops and military equipment near Ukraine's borders.