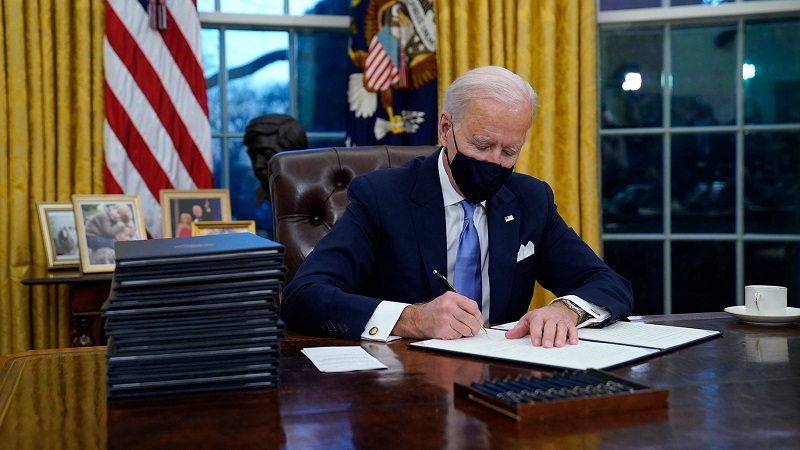 US President Joseph Biden signed a decree to lift the entry ban for citizens of a number of Muslim countries, Reuters news agency reported on Thursday.

Restrictions are lifted for citizens of Syria, Iran, Libya, Somalia, Sudan, and Yemen.

At the signing ceremony for a number of executive orders at the White House, Biden mentioned only three: a return to commitments under the Paris Agreement, the mandatory wearing of masks in government offices, and measures to improve the poverty.

On January 27, 2017, then US President Donald Trump signed a decree restricting the entry of citizens from seven Muslim countries, namely - Syria, Iran, Iraq, Libya, Somalia, Sudan, and Yemen - into the United States. After a series of court proceedings, during which both individual provisions of the decree and the entire document as discriminatory towards Muslims were challenged, the administration developed a new decree. It was signed on March 6, 2017, and practically repeated the January one, with the difference that Iraq was excluded from the list of countries whose citizens are subject to entry restrictions since this country has improved the system of informing the American authorities about its citizens entering the United States. However, the document was blocked by a federal court in Honolulu, Hawaii, and did not come into effect until September 2017 following a decision by the US Supreme Court.