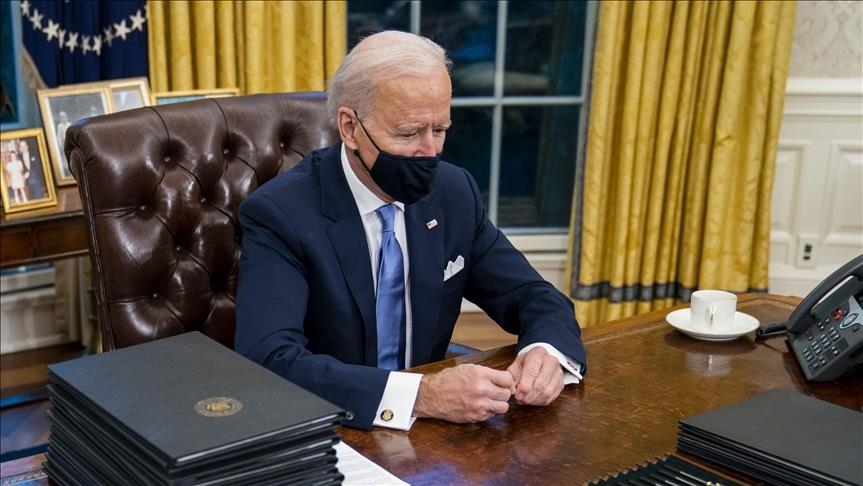 US President Joe Biden aims to close the controversial military prison at Guantanamo Bay, Cuba by the end of his term in the office, White House press secretary said Friday, Anadolu Agency reports.

"That certainly is the goal, and our intention," Jen Psaki responded to a reporter when she was asked about the timeline for shutting down the detention camp.

Psaki noted that there is a number of key policy roles that still need to be filled within the inter-agency, including departments of defense, state and justice, to make such a move.

"There will be a robust inter-agency process but certainly having those individuals in place will help it move forward," she added.

The US has long drawn criticism for its use of the prison where inmates are held without charge, and where a well-documented history of torture has been chronicled.

The notorious prison was opened by former President George W. Bush in 2002 after of 9/11 attacks.

During his two terms, former President Barack Obama's attempt to close the facility was thwarted by congressional restrictions as well as the difficulty of reducing the number of 242 prisoners to zero.

Guantanamo has currently 40 prisoners, according to New York Times.