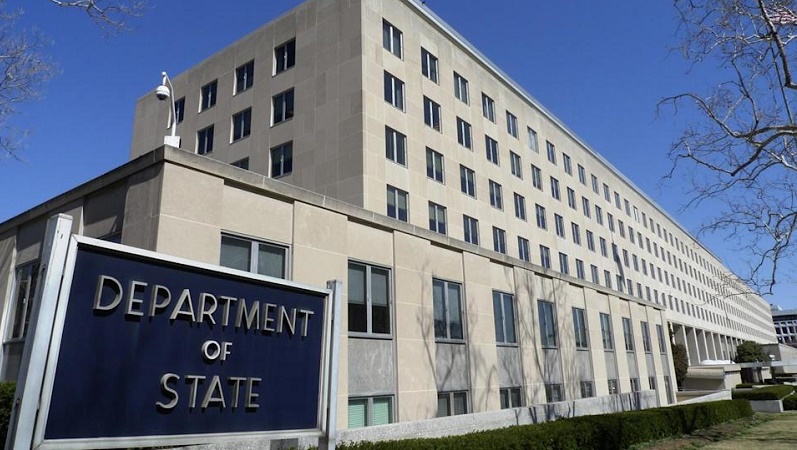 U.S. President Joe Biden spoke out against anti-Semitism after officials said that a swastika had been found carved into the wall of a U.S. State Department elevator, Reuters reports.

"Let me be clear: Anti-Semitism has no place in the State Department, in my administration, or anywhere in the world. It's up to all of us to give hate no safe harbor and stand up to bigotry wherever we find it," Biden tweeted late on Tuesday.

Earlier in the day, a State Department spokeswoman told reporters the swastika had been discovered on Monday and that Secretary of State Antony Blinken had addressed the incident with department staff.

The swastika, a symbol of Nazi hate, has been removed and the incident is under investigation, Blinken said in a statement on Twitter.

"As this painfully reminds us, anti-Semitism isn't a relic of the past. We must be relentless in standing up and rejecting anti-Semitism," he said, likening anti-Semitism to other forms of hate including racism, sexism, homophobia and xenophobia.

"None of these ideologies should have a home in our workplace or our nation."

The State Department is working on the nomination of a special envoy to combat anti-Semitism, spokeswoman Jalina Porter told reporters.