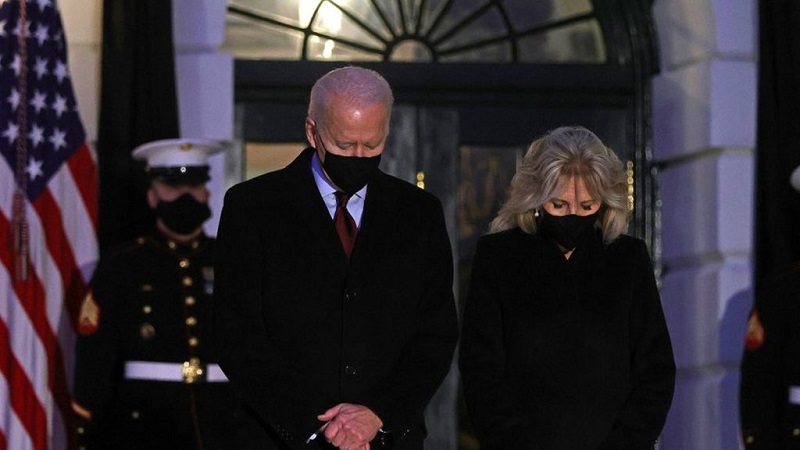 President Joe Biden has addressed the nation as the US passed the figure of 500,000 Covid-related deaths, the highest number of any country, BBC reports.

"As a nation, we can't accept such a cruel fate. We have to resist becoming numb to the sorrow," he said.

The president and vice-president, and their spouses, then observed a moment of silence outside the White House during a candle-lighting ceremony.

The president ordered all flags on federal property to be lowered to half mast for the next five days.

At the White House, he opened his speech by noting that the number of American deaths from Covid was higher than the death toll from World War One, World War Two, and the Vietnam War combined.

"We often hear people described as ordinary Americans," he went on to say. "There's no such thing, there's nothing ordinary about them. The people we lost were extraordinary. They span generations. Born in America, emigrated to America."

"So many of them took their final breath alone in America."

He drew on his own experience with grief - his wife and daughter were killed in a car crash in 1972 and one of his sons died from brain cancer in 2015.

"For me, the way through sorrow and grief is to find purpose."

Mr Biden's approach to the pandemic is different to his predecessor, Donald Trump, who cast doubt on the impact of the deadly virus and was viewed as having politicised the wearing of masks and other measures needed to prevent the spread of the virus.