Belarusian president plans to meet with Putin in coming days 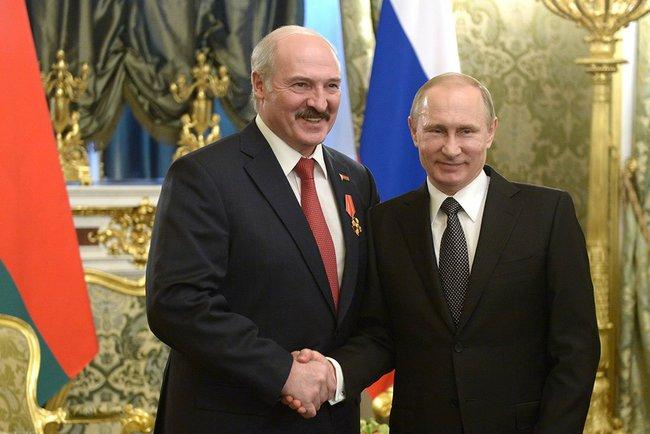 Belarusian President Alexander Lukashenko plans to meet with his Russian counterpart Vladimir Putin "after February 20," as he himself said at a meeting with State Secretary of the Union State of Russia and Belarus Grigory Rapota, TASS reports.

"Indeed, Putin and I agreed a while ago to hold a meeting after February 20 in order to discuss certain cooperation aspects," Lukashenko said, as cited by the Belarusian presidential press service. "But I would like to make it clear from the very beginning that, though some in Russia may claim that ‘Lukashenko is coming to ask for $3 billion,’ I’m not going there [to Russia] to ask for anything," the Belarusian president added.

Lukashenko also mentioned the possibility of meeting with Deputy Chairman of the Russian Security Council Dmitry Medvedev. "I think I will meet with Medvedev, too, we agreed to meet and discuss the most pressing issues," he noted, adding that one of those issues concerned ways "to ensure security… of the state."