Beirut governor estimates blast damage at up to $5 bln 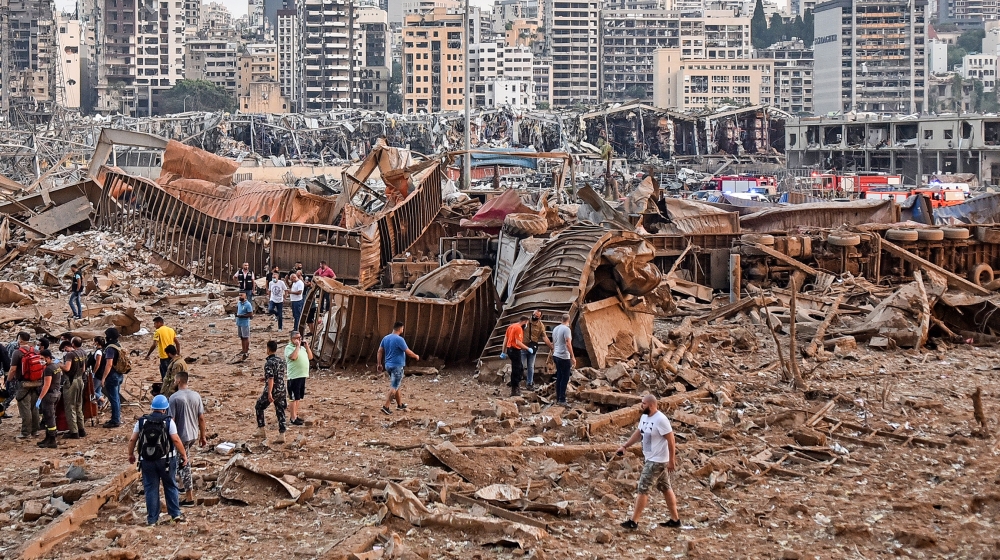 The damage caused by the deadly explosion in the Beirut port area on Tuesday could be estimated at $3 bln -$5 bln, Beirut Governor Marwan Abboud told LBC TV channel.

According to the Beirut governor, ten firefighters sent to the accident scene were killed. Hundreds of citizens could be left homeless after the blast, he noted.

A powerful blast rocked the Beirut seaport district near the Lebanese Navy’s base on August 4, sending a shockwave that ripped through residential areas of the Lebanese capital. The shockwave destroyed and damaged dozens of buildings and cars. Local authorities say the blast was caused by the detonation of 2,700 tonnes of ammonium nitrate, stored in the port after being confiscated by the customs services in 2015.

According to the latest data, more than 100 people were killed and nearly 4,000 others were injured. Since Wednesday, a two-week state of emergency has been in place in the Lebanese capital, which was declared a disaster-stricken city. The authorities announced that Wednesday would be a national day of mourning.