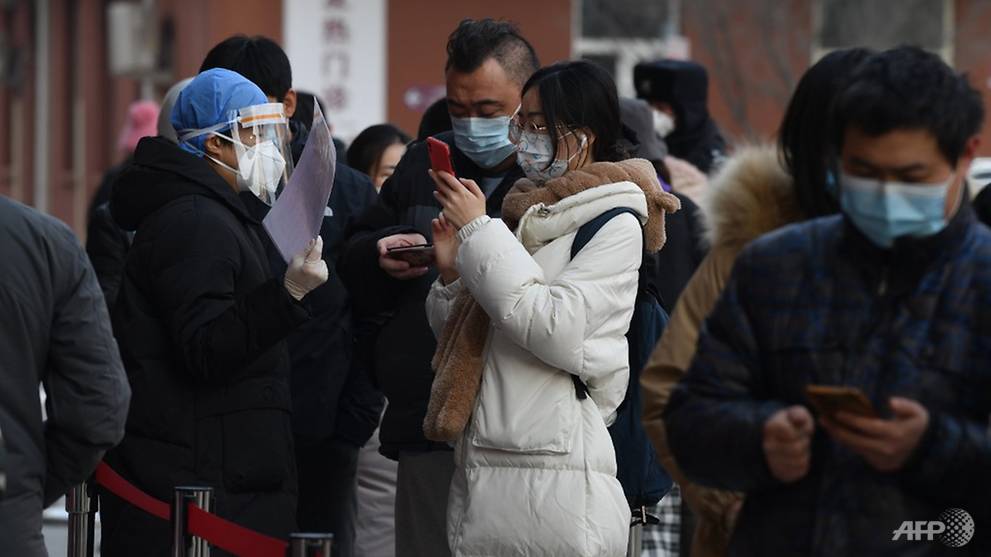 Beijing on Friday kicked off a drive to test two million people in 48 hours as the city rushed to snuff out a new local cluster of cases believed to be linked to a more contagious virus variant, AFP reports.

Long queues snaked through the Chinese capital -- which reported 19 coronavirus cases in the past week -- as the mass testing campaign got under way in Dongcheng and Xicheng districts.

The two downtown districts include Tiananmen Square and several government ministry offices, and are home to around two million residents.

Officials plan to complete the testing by Saturday, and with the Lunar New Year holiday looming -- typically a time when hundreds of millions travel across the country to visit families -- they are keen to avoid a fully fledged outbreak in Beijing.

Dongcheng district also put out a notice to say tests would be organised in batches over Friday and Saturday for both residents and workers.

A partial lockdown is already in place in the city's southern Daxing district, where five neighbourhoods have been ordered to remain indoors and all 1.6 million residents have been told not to leave the city.

Beijing's rush to test comes as China faces its highest number of cases in nearly a year, after coronavirus was first detected in the central city of Wuhan in late 2019.

Officials have said that some of the cases detected in Beijing are linked to a variant of the deadly pathogen that was first found in the UK and is believed to be more transmissible.

China had largely brought the virus under control -- with fewer than 5,000 official deaths -- even as the rest of the world struggles with mounting caseloads and overburdened hospitals.