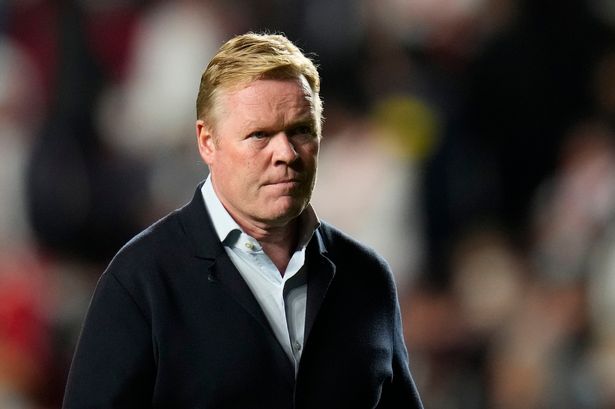 “FC Barcelona has relieved Ronald Koeman of his duties as first team coach. The president of the club, Joan Laporta, informed him of the decision after the defeat against Rayo Vallecano,” said the club in a statement.

“Ronald Koeman will say goodbye to the squad on Thursday at the Ciutat Esportiva,” it said. “FC Barcelona wishes to thank him for his service to the Club and wishes him all the best in his professional career.”

Barca are in ninth spot in La Liga with 15 points in 10 matches.

Wednesday’s sacking came after the team lost against Real Madrid on Sunday.

“Regardless of the result, Koeman will continue to be the coach of Barca. He has got a contract in place," Barcelona President Laporta told reporters on Oct. 2.

Koeman was one of the most important football players of his generation, appearing as a defender for Dutch clubs Ajax, PSV Eindhoven and Feyenoord and Barcelona.

The Dutch legend clinched the 1988 European Championship largely known as the UEFA EURO 88 with the Netherlands, the country's only major title.

*Senhan Bolelli in Madrid contributed to this report.