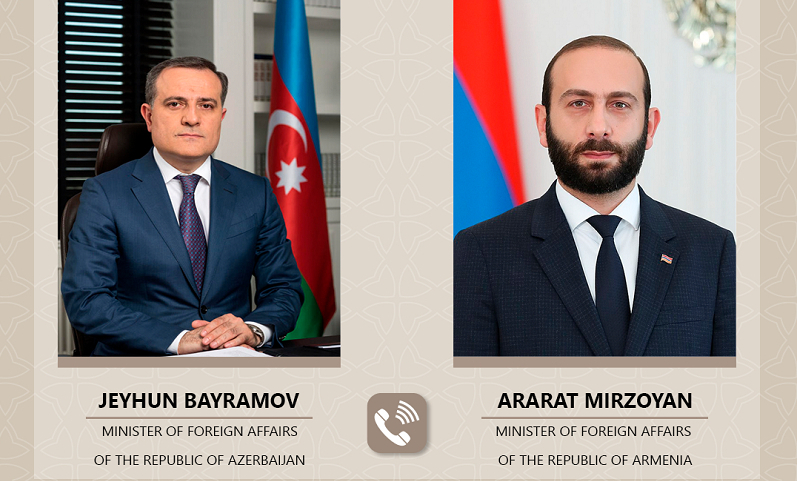 Azerbaijan and Armenia agreed to convene a meeting of the Joint Border Commission, as well as the Working Group on the preparation of a peace treaty, in near future, the Azerbaijani Foreign Ministry said on Monday, News.Az reports.

The agreement was reached during a phone between Azerbaijani Foreign Minister Jeyhun Bayramov and his Armenian counterpart Ararat Mirzoyan.

The ministers had an exchange of views as a follow-up to the agreements reached at the level of the leaders of both states.

The sides agreed on the parameters of the participants in the Joint Border Commission.

They also discussed the issues related to the continuation of steps in the humanitarian sphere.