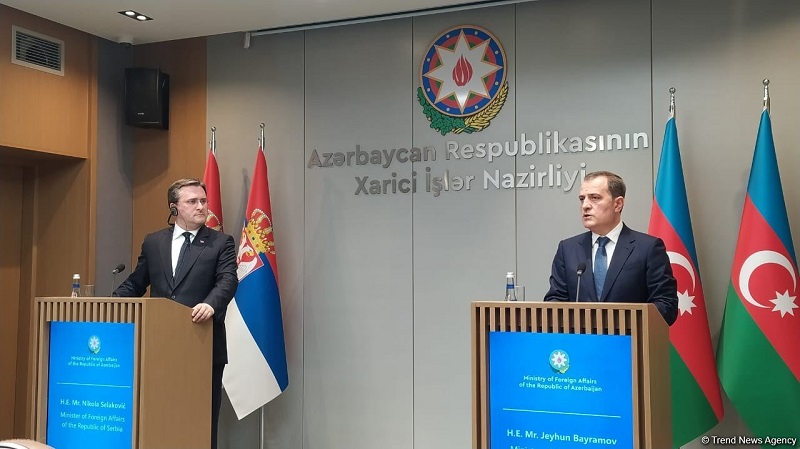 A number of provisions of the trilateral statements adopted by the leaders of Azerbaijan, Russia and Armenia on November 10, 2020 and January 11, 2021 have been implemented, Bayramov said at a joint press conference with his Serbian counterpart Nikola Selakovic in Baku on Monday.

“Moreover, some provisions are not being implemented. However, the destructive position being taken by Armenia prevents full implementation,” Bayramov said.

The minister drew attention to a number of points related to the non-constructive position of Armenia.

“One of the extremely important points is the threat of mines,” he said. “Despite the cessation of military operations, mines continue to pose a threat.”

“If military operations have ended an agreement was reached, minefield maps must be handed over. But the Armenian side does not do it,” the minister added.