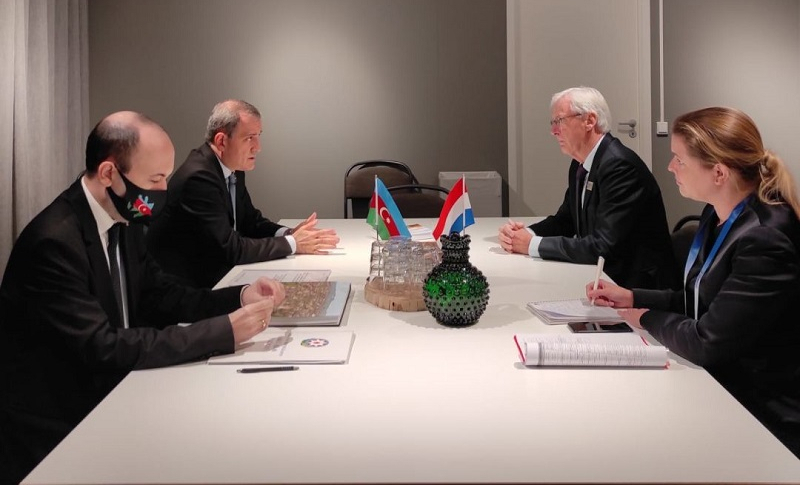 The world community should support efforts to normalize relations between Armenia and Azerbaijan, Foreign Minister of Azerbaijan Jeyhun Bayramov said during a meeting with his Dutch counterpart Ben Knapen.

The meeting took place on the sidelines of the 28th meeting of the OSCE Ministerial Council in Stockholm, the Foreign Ministry of Azerbaijan told News.Az.

During the meeting, the parties exchanged views on the agenda of bilateral cooperation between Azerbaijan and the Netherlands and regional security issues.

Minister Bayramov told his counterpart about the post-conflict situation, regional developments, as well as issues related to the implementation of the trilateral statement and the opening of communications.

He also noted the importance of normalizing relations between Azerbaijan and Armenia on the basis of the norms and principles of international law, and the start of negotiations on border delimitation.

Minister Bayramov stressed that Azerbaijan is a supporter of resolving issues related to the establishment of bilateral relations with Armenia through dialogue.

He also noted the importance of the international community's support for efforts to normalize relations between Armenia and Azerbaijan.