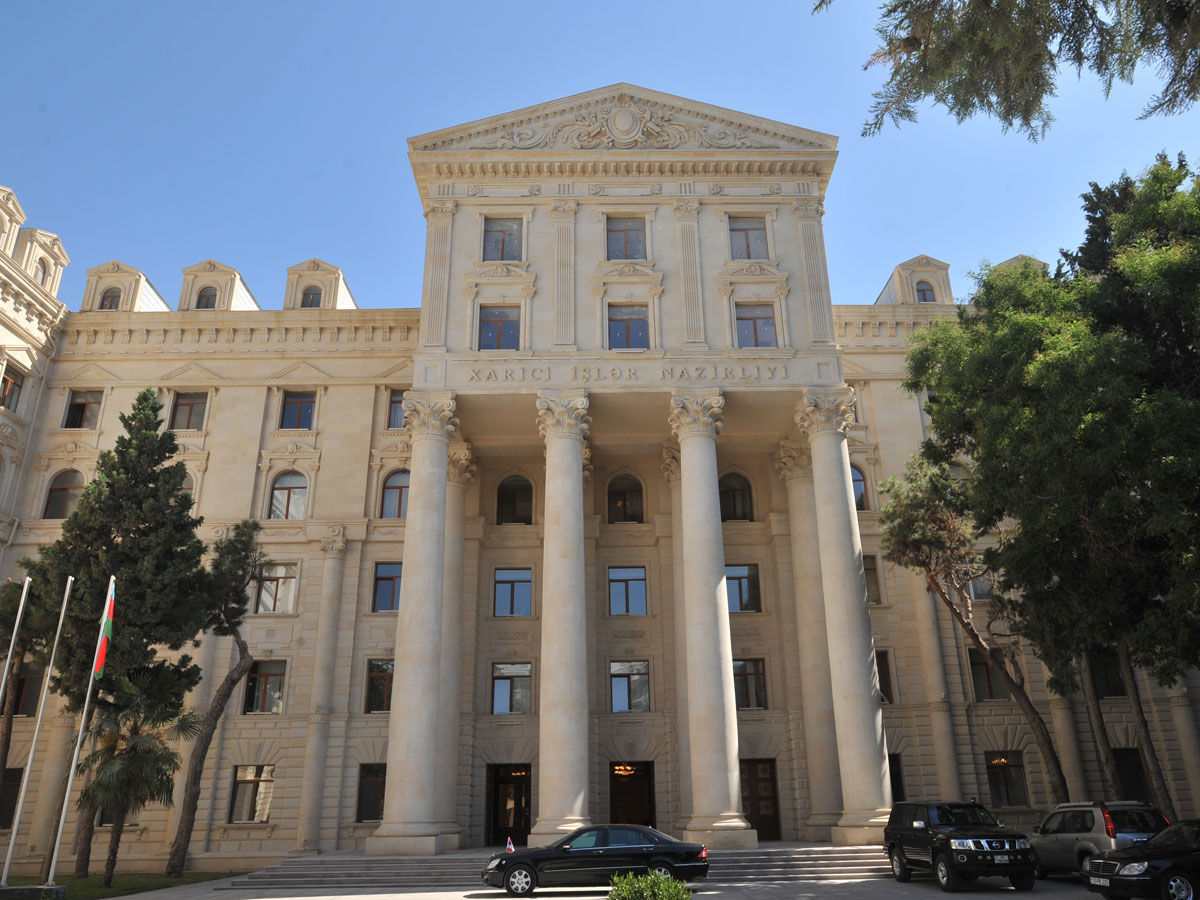 The statement made by the Speaker of the US House of Representatives, Nancy Pelosi during her visit to Armenia on September 18, 2022, which distorts the situation in the region, is deeply regrettable, the Azerbaijani Foreign Ministry said in a statement on Sunday, News.Az reports.

The ministry stated that groundless and unfair accusations made by N. Pelosi against Azerbaijan are unacceptable.

“The incident that took place on the deemed border, which is not delimited yet on the night of September 12-13, 2022 was a large-scale military provocation by Armenia against Azerbaijan, and this provocation was prevented by the Armed Forces of Azerbaijan, and the sovereignty and territorial integrity of our country was ensured. Currently, the ceasefire regime is observed and the escalation of the situation has been prevented. All responsibility for the escalation of the situation in the region and the large-scale provocation lies with the military-political leadership of Armenia,” the ministry said.

“Generally, N. Pelosi is known as a pro-Armenian politician, and the presence of pro-Armenian members of Congress in her delegation to Armenia is a pure evidence of this. Considering that the period of mid-term elections to the US Congress is approaching, it seems that N. Pelosi is using this visit for her domestic political agenda and to gain the support of the Armenian lobby circles in the US. It is unacceptable to transfer political intrigues and lobbying interests from the US domestic political agenda to the South Caucasus region via Armenia,” it added.

The ministry emphasized that N. Pelosi, who speaks about justice, has not demonstrated any position regarding the policy of aggression by Armenia against Azerbaijan, the occupation of Azerbaijan’s territory for almost 30 years, the ethnic cleansing of hundreds of thousands of Azerbaijanis and other such serious crimes for which Armenia is responsible.

“What N. Pelosi said during her visit to Armenia should be regarded as a statement made on the basis of Armenian propaganda. This is a serious blow to efforts to normalize relations between Armenia and Azerbaijan.”

“Such unilateral steps and groundless statements serve not to strengthen the fragile peace in the region, but, rather to escalate tension,” the ministry concluded.