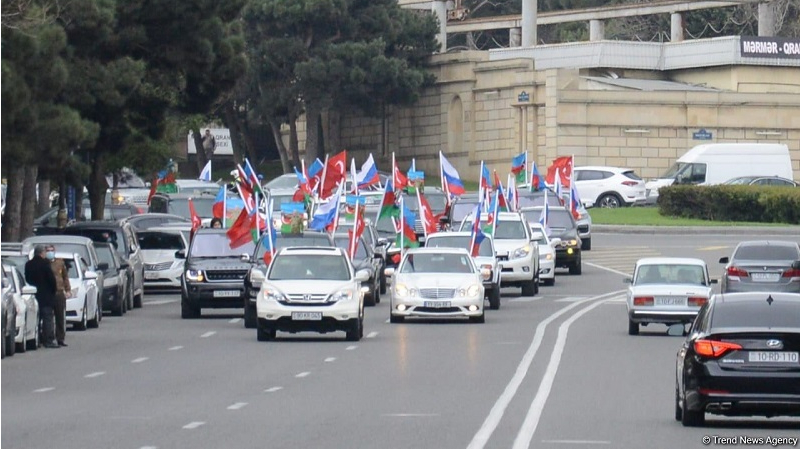 A motor rally was held Wednesday in Baku to celebrate the liberation of Kalbajar district from Armenian occupation.

Cars decorated with flags were passing from school-lyceum #20 to the Martyrs' Alley, and then along with a number of central streets and avenues of the capital.

According to a trilateral statement signed by the presidents of Azerbaijan, Russia, and the prime minister of Armenia, Kalbajar district was transferred to Azerbaijan on November 25. 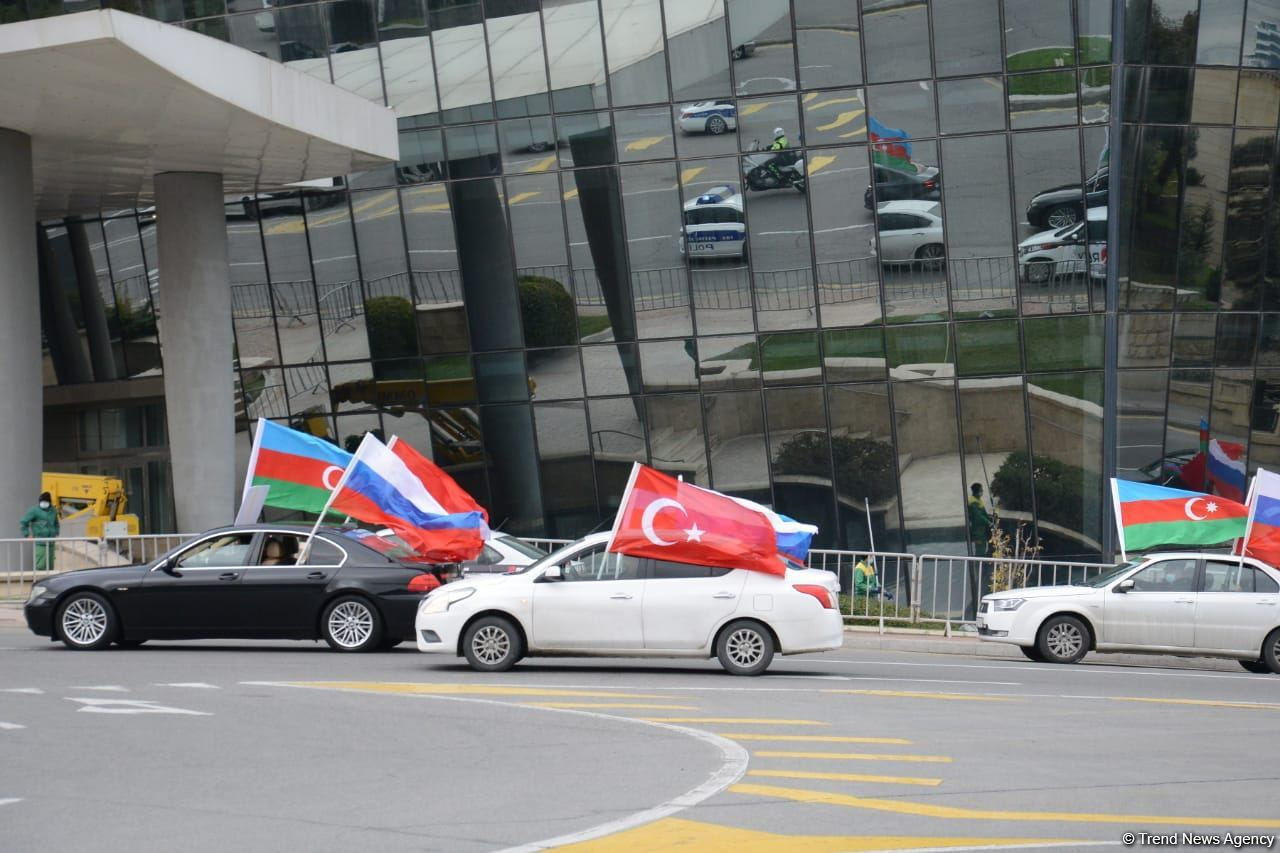 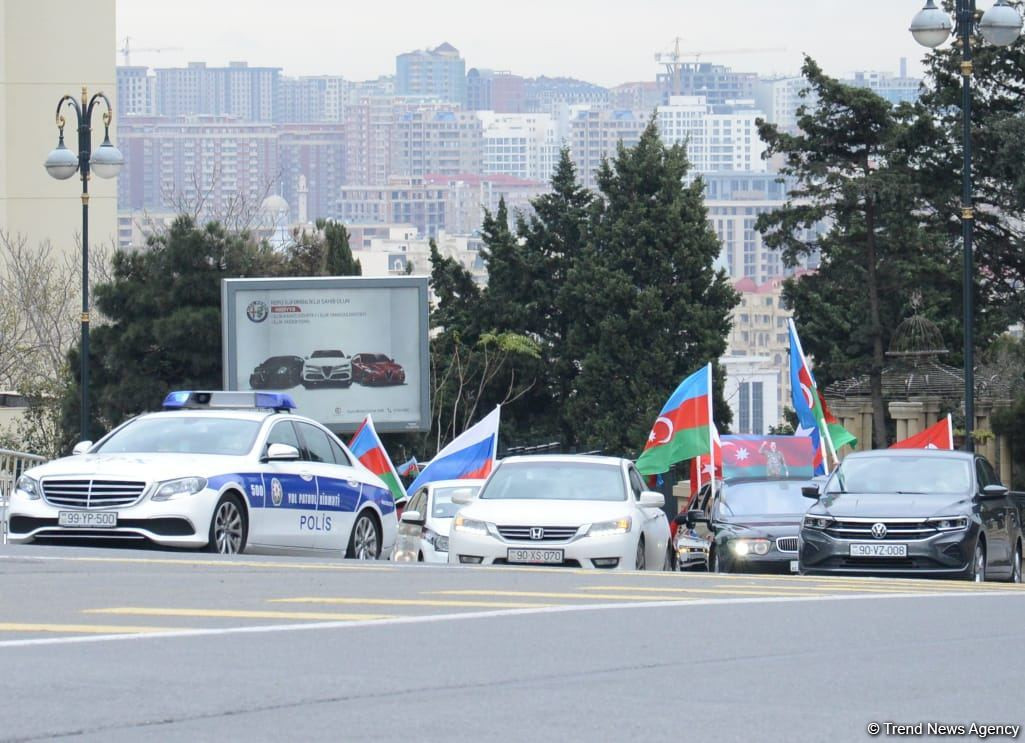 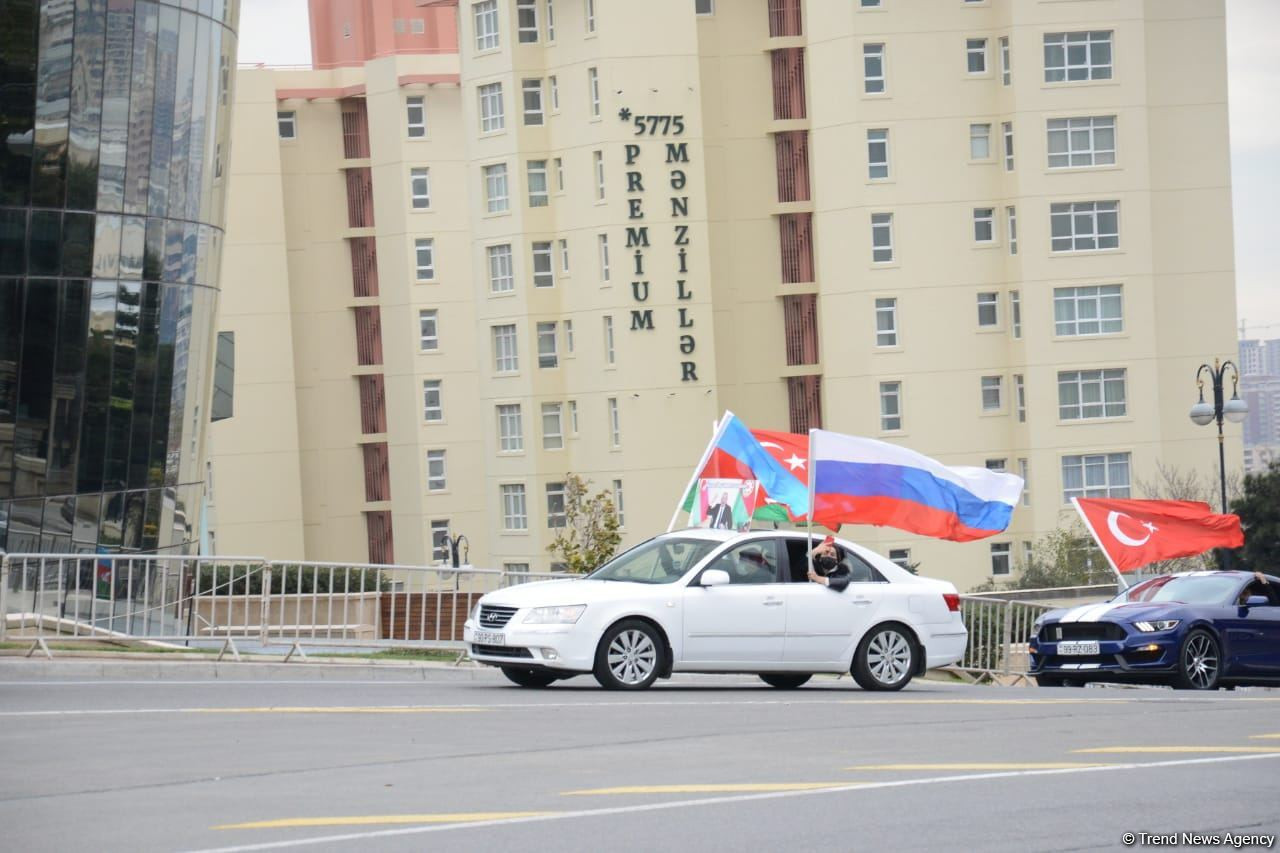 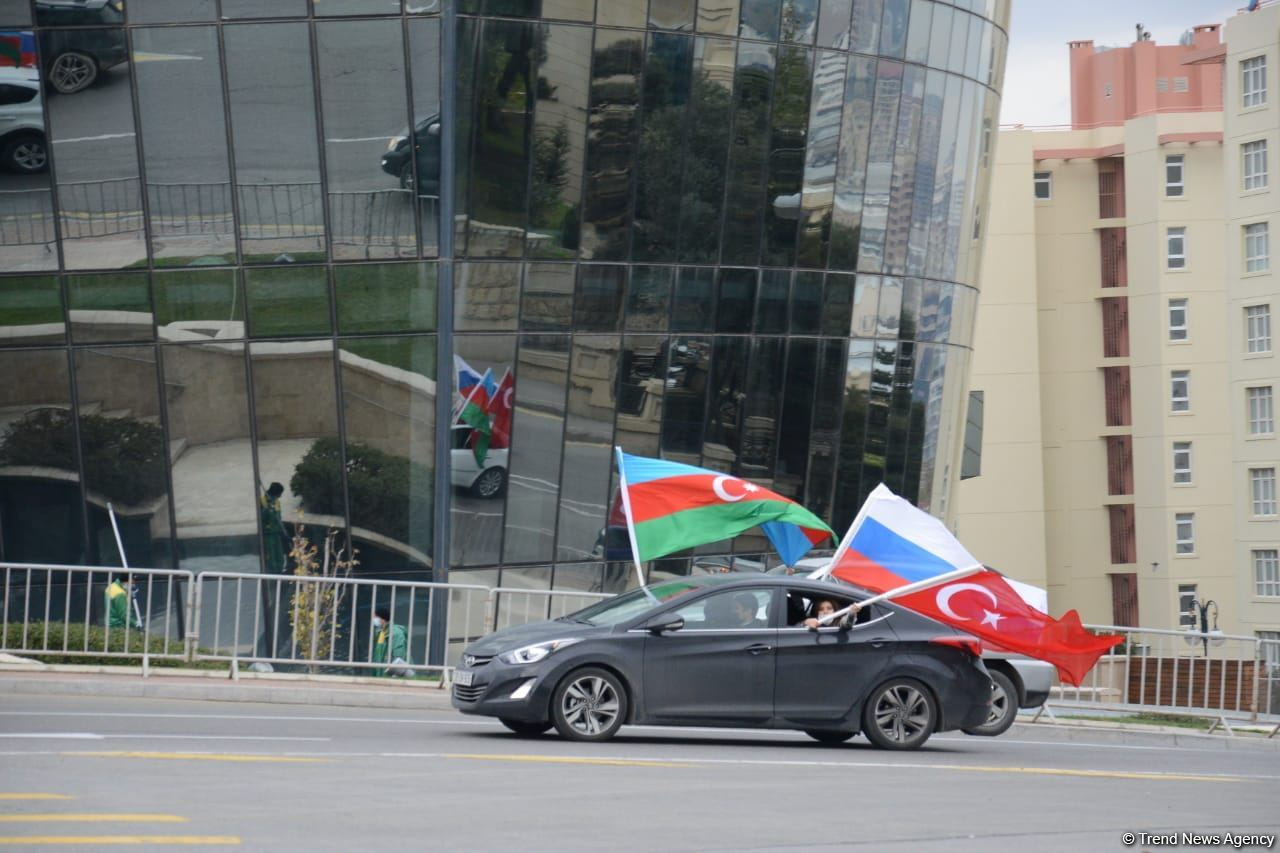 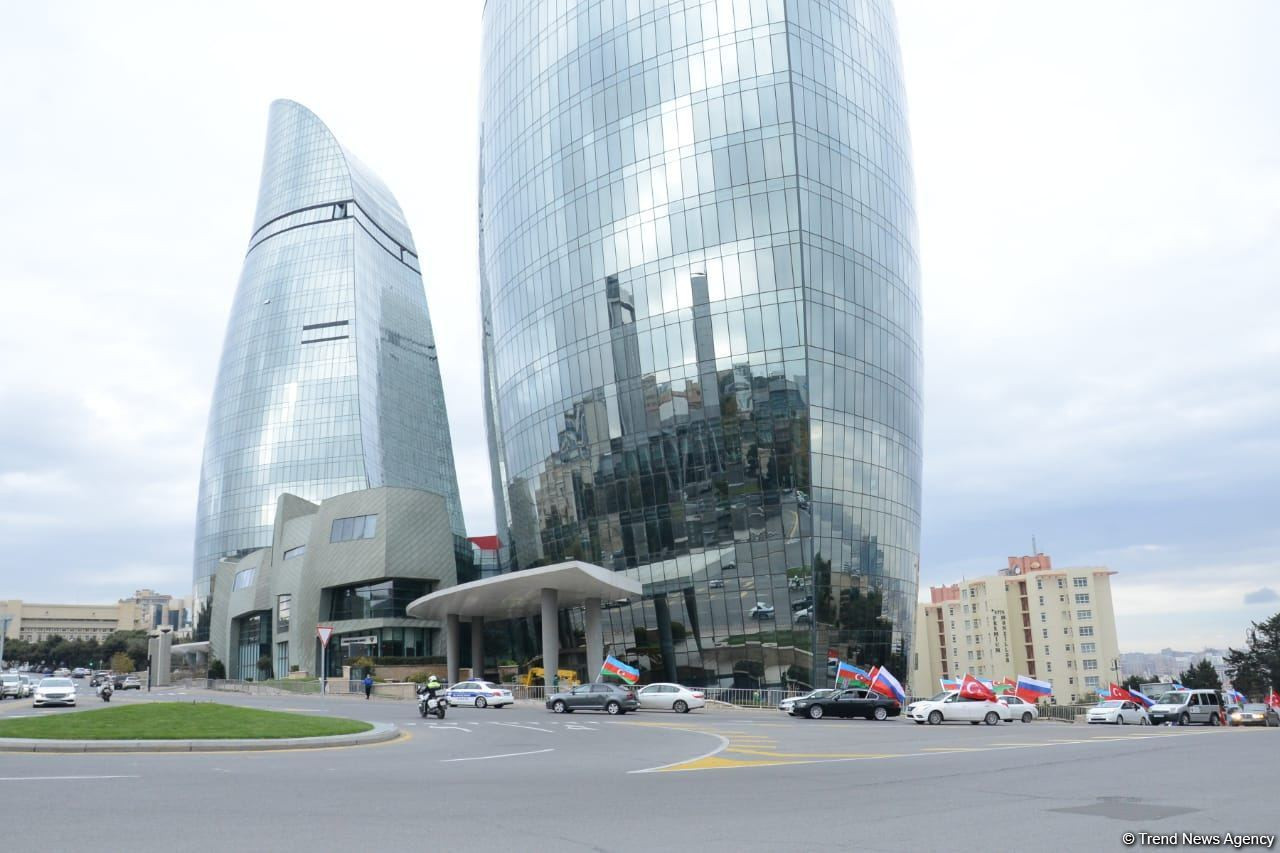 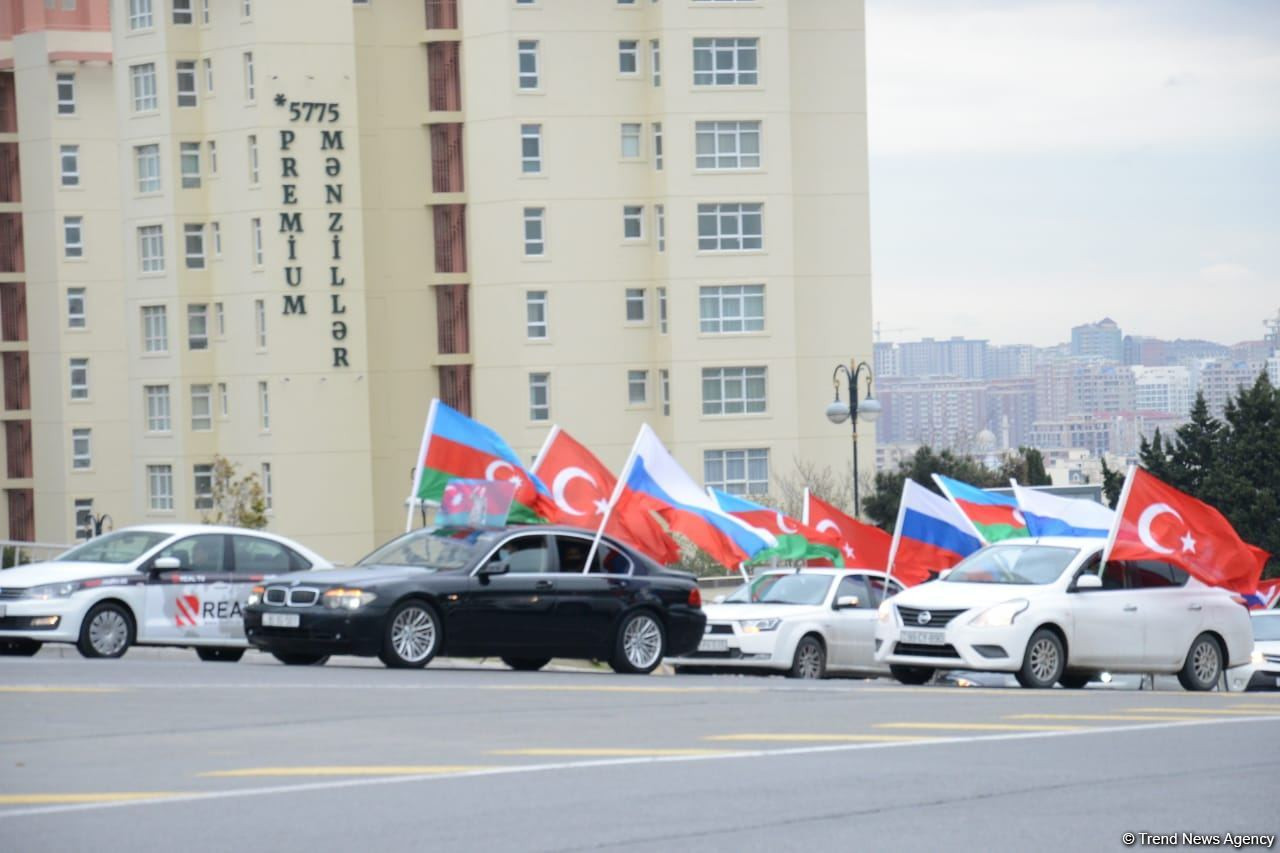 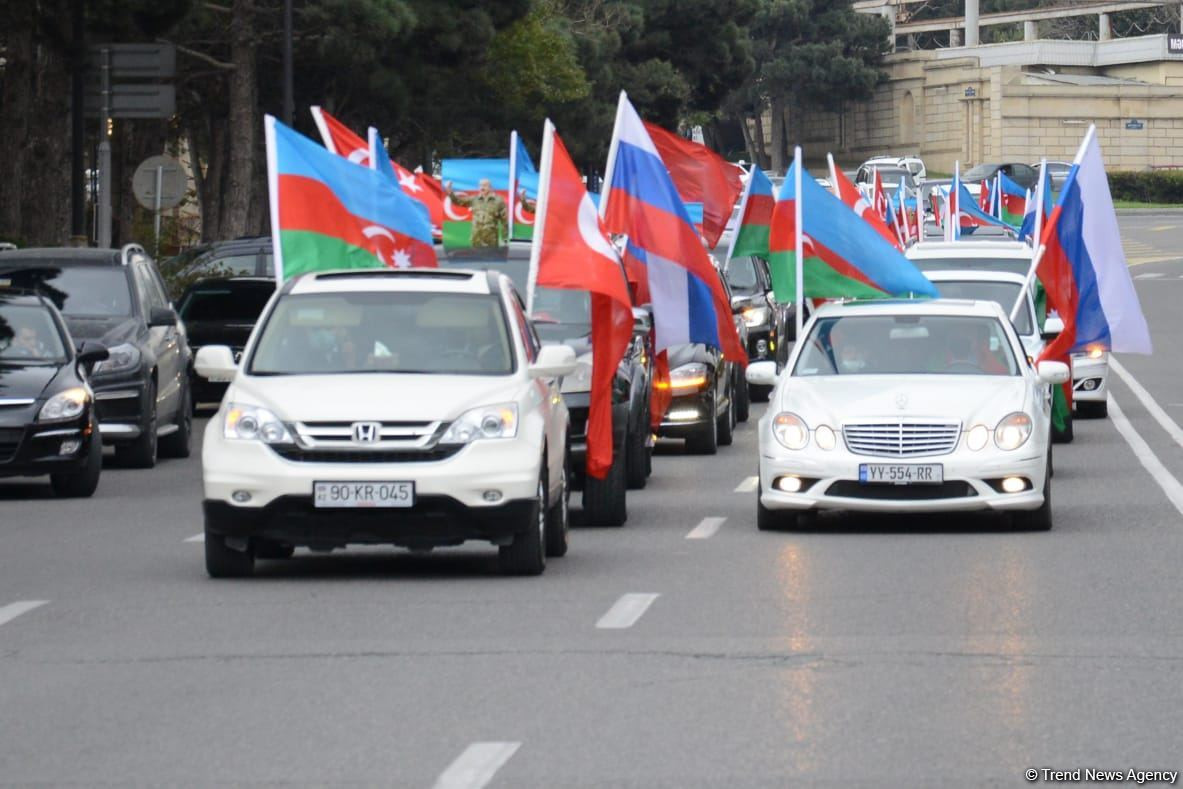