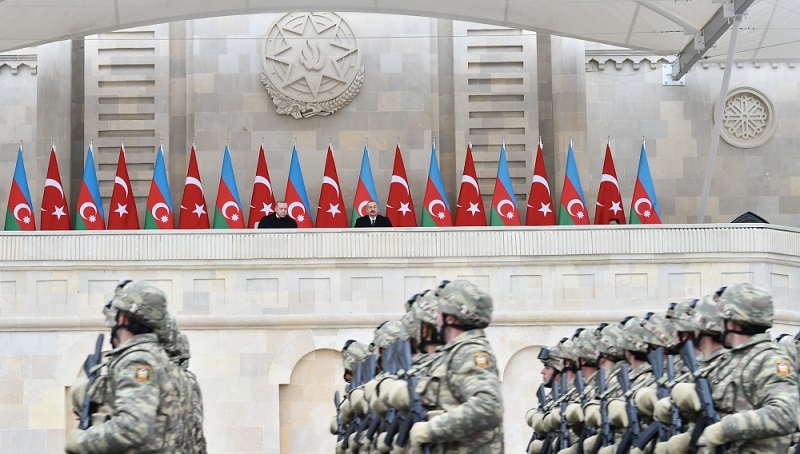 The Baku Media Center has produced a video dedicated to the Victory Parade held in the Azerbaijani capital on Thursday.

The parade dedicated to the magnificent Victory in Azerbaijan’s Patriotic War - “The Iron Fist” operation was held at Azadlig Square, Baku.

The parade featured more than 3,000 personnel, about 150 military hardware, including the state-of-the-art military equipment, missiles and artillery systems, air defense systems, as well as warships and boats. The parade also featured part of the military booty seized by the Azerbaijani Army from the destroyed enemy during the Patriotic War.