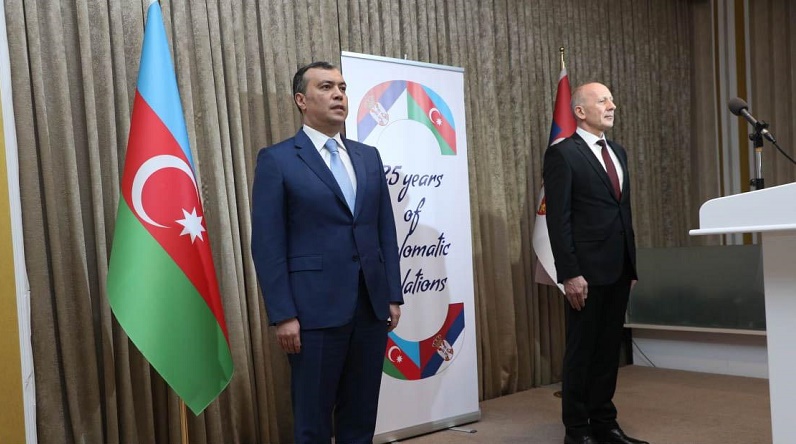 The event was attended by the Serbian Ambassador to Azerbaijan Dragan Vladisavljević and Minister of Labor and Social Protection Sahil Babayev, a News.Az correspondent reports from the event.

The ambassador said that Azerbaijan is one of Serbia's closest friends. According to the ambassador, this is evidenced by the great work done during the joint organization of the anniversary of the Non-Aligned Movement in Belgrade. The ambassador also spoke about the history of Serbia's Statehood Day.

In turn, Minister Sahil Babayev also noted the high level of relations between the countries, saying they are developing every year more and more. He noted that Azerbaijan and Serbia recognize each other's territorial integrity.

The minister added that Azerbaijan was able to liberate its lands after a 30-year occupation, and today the restoration of these territories is underway. He expressed hope that Serbian companies would also take part in this process.