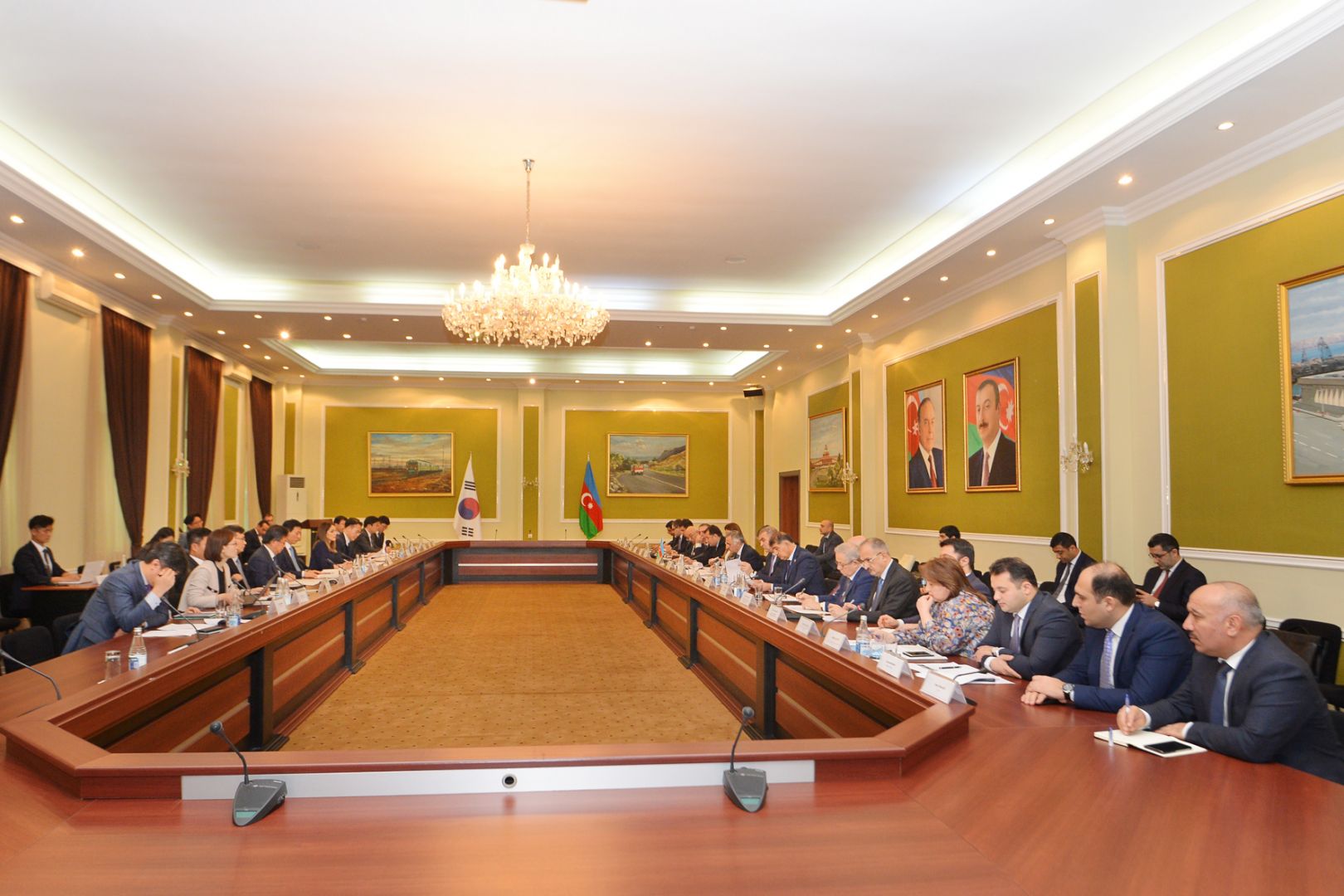 The second meeting of the joint commission on economic cooperation between the Azerbaijani and South Korean governments was held in Baku, according to the Azerbaijani Ministry of Transport, Communications and High Technologies, Trend reported.

At the meeting, broad prospects for cooperation between the countries in the field of ICT, e-government, transport, energy, science, culture and other spheres were discussed.

The meeting participants praised Azerbaijan’s efforts to diversify the economy to reduce its dependence on oil export. The Azerbaijani side said that most of the investments attracted from Korea in 1995-2019 were made in the non-oil sector.

Seventy-four Korean companies, which carry out activity in the field of industry, construction, trade, services and transport, have been registered in Azerbaijan. There is great potential for attracting investments in other spheres.

The Republic of Korea is a priority country for Azerbaijan in terms of economic partnership. The cooperation between the two countries is developing, especially in such spheres as infrastructure, energy, construction, transport, information technologies, the environment and alternative energy.

The Azerbaijani side emphasized that Korea is a reliable partner and the expansion of economic ties has become a common goal for both countries. Moreover, the participation of Korean companies in big projects which are implemented through state financing in Azerbaijan, as well as the importance of the growth of Korean investments in the non-oil sector and social spheres were stressed as a positive example of cooperation.

A proposal was made to organize bilateral meetings for businessmen, as well as render mutual support in searching for business partners to exchange information on exhibitions, fairs, conferences, business forums and other events which are held in both countries.

The Azerbaijani side invited the Korean technical universities and technology-oriented companies to take part in the activity of the Technology Transfer Center, created by the Innovation Agency under the Azerbaijani Ministry of Transport, Communications and High Technologies.

The importance of further developing of the trade and economic cooperation and increasing the efforts to bring the export-oriented products of both countries to other markets was also emphasized at the meeting of the commission.

Following the meeting, a protocol of the second meeting of the joint commission on economic cooperation between the governments of the Republic of Azerbaijan and the Republic of Korea was signed.