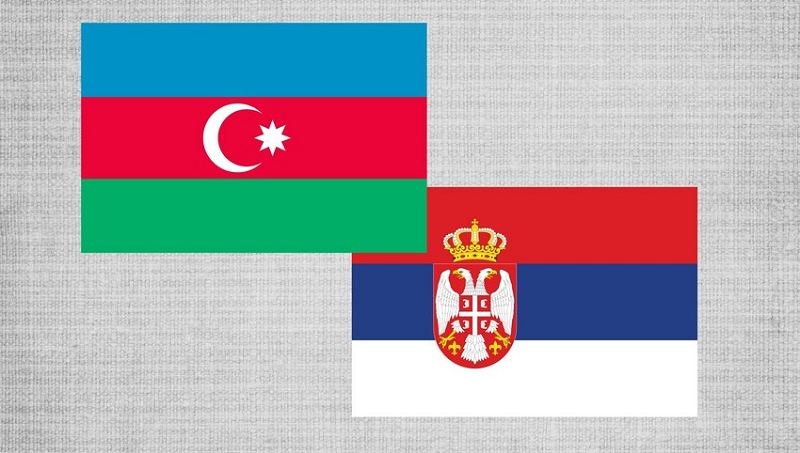 A protocol following the 6th meeting of the Azerbaijani-Serbian intergovernmental commission on trade and economic cooperation was signed in Baku on July 27, according to the Ministry of Labor and Social Protection of Azerbaijan.

A delegation led by Serbian Foreign Minister Nikola Selakovic is on a visit to Azerbaijan.

Before the meeting, Minister of Labor and Social Protection of the Population of Azerbaijan Sahil Babayev and Foreign Minister of Serbia Nikola Selakovic held a one-on-one meeting and exchanged views on the agenda of the meeting of the intergovernmental commission.

At the meeting, Babayev stressed that as a result of the political will and efforts of the presidents of Azerbaijan and Serbia, relations between the two countries have reached the level of strategic partnership.

Babayev also said that under the leadership of the President, Supreme Commander-in-Chief of the Armed Forces Ilham Aliyev, the Azerbaijani army won the 44-day second Karabakh war, liberating the internationally recognized territories of Azerbaijan from the 30-year Armenian occupation.

He noted that the process of restoration and reconstruction of the liberated territories continues.

The minister said that the participation of friendly countries in this process is a priority for Azerbaijan, and also expressed confidence that Serbian companies will take an active part in the restoration work.

He also noted that to date, 34 documents have been signed between Azerbaijan and Serbia in various fields, 8 draft documents are under consideration.

In turn, Selakovic stressed that Serbia attaches particular importance to the expansion of relations with Azerbaijan, and expressed satisfaction with the successful development of bilateral ties.

The Serbian FM stressed the importance of the identified priorities for deepening relations in various spheres of the economy, as well as humanitarian cooperation.

During the meeting, issues of expanding trade and economic ties, opportunities and prospects for economic cooperation in the fields of energy, agriculture, infrastructure, construction, transport, ICT, tourism, education were discussed.

Then Babayev and Selakovic signed a protocol, following the meeting of the commission.