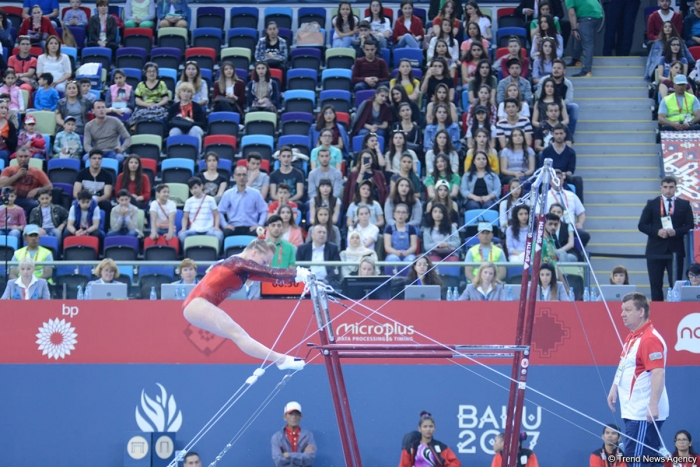 Azerbaijani gymnasts have reached the artistic gymnastics finals at the 4th Islamic Solidarity Games in Baku, according to AzVision.

Azerbaijan’s Yulia Inshina ranked the first by scoring 12,250 in the exercises on uneven bars and reached the finals.