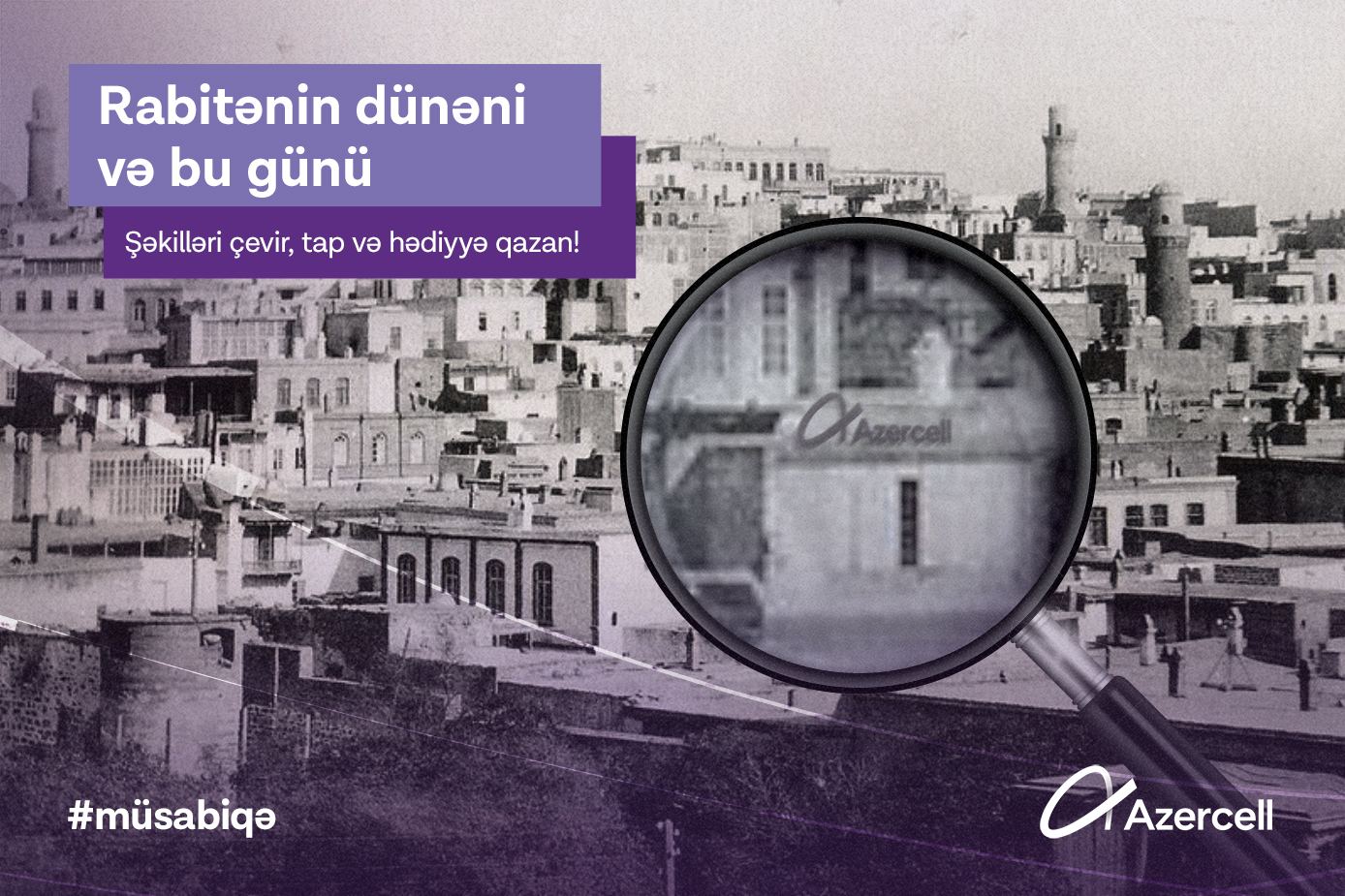 “Azercell Telecom” LLC, the country’s leading mobile operator, is pleased to announce a competition among subscribers in connection with the 140th anniversary of the establishment of telephone communication in the Republic of Azerbaijan. The contest is held within the framework of events organized by the Ministry of Digital Development and Transport on the occasion of the 140th anniversary of communications.

The contest on the topic "Communication: Yesterday and Today" will be held from November 28 till December 6 on Azercell's official social network accounts. To win a gift, contestants need to reveal the hidden parts of the images. The contest under the slogan "Solve the puzzle and get your gift" will allow subscribers to win various gifts within the set time frame.

It should be noted that the first telephone line in Azerbaijan was put into operation on the 23rd of November 1881. The 6-kilometer-long line connected the headquarters of the Nobel Brothers Oil Company with the chairman's and the chief engineer’s houses. This date is considered to be the beginning of the age of communication in our country.

The contests launched by “Azercell Telecom” LLC, the flagship of the mobile communications sector in Azerbaijan, always serve the development of modern society, by promoting the culture of reading, the study, and raising awareness of our history, particularly among young people.

Join the contest, learn more and win a gift!