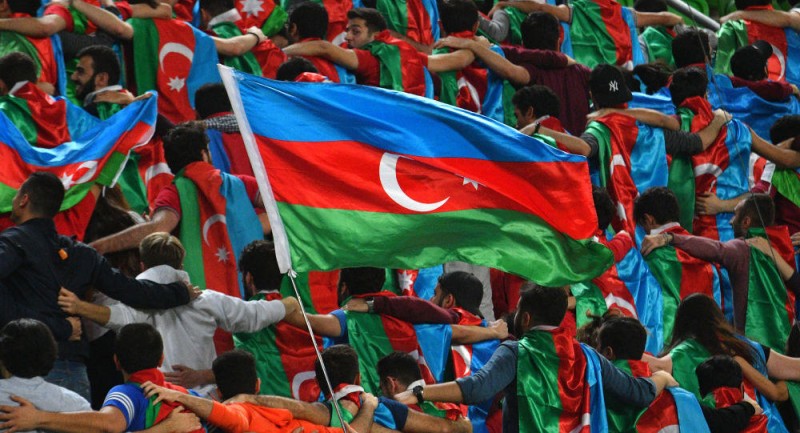 The young generation is the driving force of society. Every society needs healthy thinking, maturity in the national spirit, and smart young people. In order to grow up such kinds of young people, society itself must create a foundation. Five, or ten years are not enough for the formation of young people with national self-consciousness, it takes years.

The development of the national self-consciousness of the young generation and the upbringing of patriotic feelings is a great task facing ideologues.

Azerbaijan implements a special national policy in order to develop the national identity consciousness of its citizens. The essence of this is the policy of preserving the national characteristics of Azerbaijanis, the purity and purity of the Azerbaijani language, the customs and traditions of Azerbaijani national values, the protection of national statehood, and the expansion of political and cultural relations with Azerbaijanis living abroad.

In 1995, National Leader of Azerbaijan Heydar Aliyev initiated to hold Azerbaijan Youth Forum, in order to increase the role of youth in the development of society and in solving their own problems, to increase their participation and responsibility in the future development of the country, to create conditions for the exchange of ideas between young people living in the capital and regions, and to facilitate open communication with youth and state institutions and government representatives.

On February 2, 1996, the first forum of independent Azerbaijani youth was held at the initiative of national leader Heydar Aliyev.

On February 1, 1997, on the occasion of the anniversary of the forum, the great leader Heydar Aliyev, who received a group of young people, signed the Decree on the declaration of February 2 - Azerbaijan Youth Day. Since that time, February 2 is traditionally celebrated every year as a holiday for Azerbaijani youth.

The development of youth in the spirit of patriotism is one of the most important directions of the state youth policy, and multifaceted steps are taken in this direction.

"Azerbaijan Youth State Program" (2005-2009), signed by the President of the Republic of Azerbaijan Ilham Aliyev in 2005, is one of the steps taken.

One of the main goals of the mentioned program is the love of the young generation for the Motherland, for the history of the Azerbaijani people. It is to educate them in the spirit of respect for their cultural heritage, state language, and symbols, and national and moral values, strengthen their military patriotism education and prepare them for military service.

Thanks to taking positive steps like this, the youth of Azerbaijan grew in love for their national moral values and loyalty to their state.

The Victory that Azerbaijan gained at the II Karabakh War, which waged against Armenia that pursued an occupation policy against Azerbaijan after the first years of independence and kept its territories under occupation for nearly 30 years, showed the world how the youth of Azerbaijan were raised in a patriotic spirit.

By the order of the Supreme Commander-in-Chief, all the young people of Azerbaijan rose up to guard the motherland as one and liberated the territories of Azerbaijan that had been under occupation for nearly 30 years.

Azerbaijan's youth have gained victory not only on the battlefield, but also in the information war wherever they live throughout the world, and they hold aloft the flag of Azerbaijan, to which their national identity belongs.

For the existence of every country to continue, it is important to raise its youth in this kind of national and patriotic spirit. From this point of view, the youth policy is successfully continued in Azerbaijan.