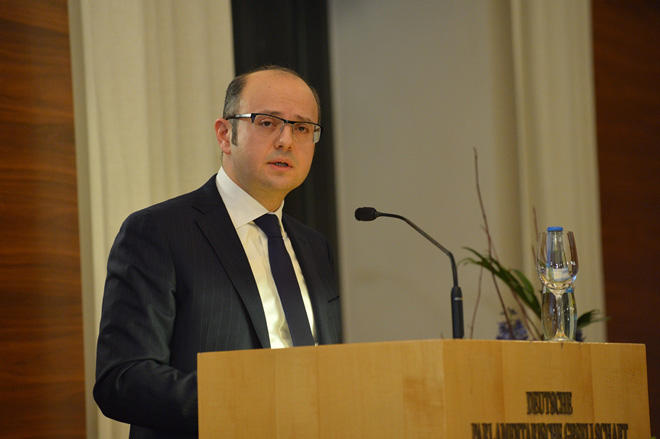 Azerbaijan’s recent military and political victory in accordance with the norms and principles of the international law is also good news in terms of ensuring the stability of supply to European and other consumers as security of oil and gas supply had become a target by military aggression of Armenia, said Azerbaijan’s Minister of Energy Parviz Shahbazov at GECF 22nd Ministerial Meeting held in a format of the videoconference, Trend reports.

“Since September 27 several attempts were made to hit the Baku-Tbilisi-Ceyhan pipeline, the South Caucasus Pipeline, the Western Export Pipeline, the Baku-Novorossiysk oil pipeline, as well as the largest thermal and hydroelectric power plants in Azerbaijan.

Furthermore, high-ranking Armenian officials declared the intention to destroy the Sangachal oil and gas terminal too, one of the biggest in the world.

Stability in the global oil and gas market requires a complete free geopolitical environment. Therefore, the fact that Azerbaijan is ending the 30 years long conflict by restoring justice and its territorial integrity in accordance with international law also serves the abovementioned mutually beneficial purpose. In this regard, the military capitulation of Armenia resulting in the liberation of our territories from occupation will also ensure the security and reliability of our regional and global energy projects,” said the minister.