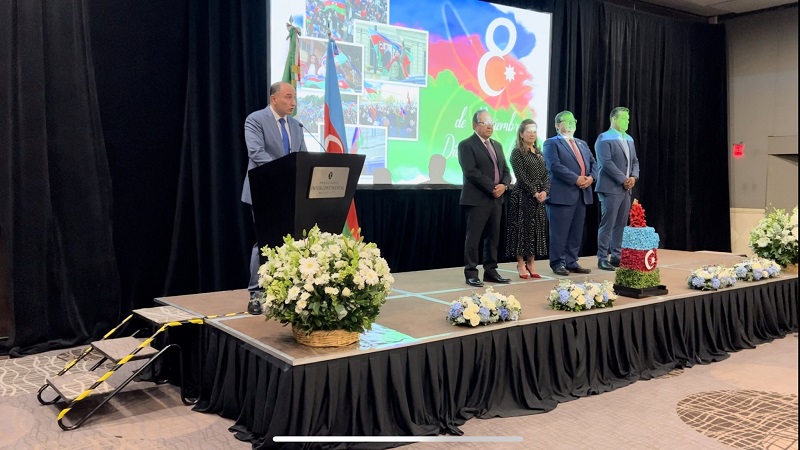 The event was attended by officials of the Mexican Senate and Chamber of Deputies, as well as other state and government institutions, representatives of the diplomatic corps in Mexico, local journalists, members of business circles, and youth organizations.

The participants first observed a minute of silence to honor the memory of Azerbaijani martyrs, as well as innocent Azerbaijani citizens killed as a result of Armenian terror.

Speaking at the event, Ambassador of Azerbaijan to Mexico Mammad Talibov said two years ago, the Azerbaijani Army, under the leadership of President Ilham Aliyev, has put an end to the 30-year-long occupation of the country’s territories and itself fulfilled the relevant UN Security Council resolutions.

The diplomat noted that during the occupation, Armenia massively planted landmines in the territories of Azerbaijan and destroyed historical and cultural monuments there.

Talibov said Mexico has always taken a position based on international law, thanking the country’s Congress for adopting documents condemning Armenia’s aggression against Azerbaijan and recognizing the Khojaly genocide.

The Azerbaijani ambassador also pointed out the ongoing large-scale restoration and reconstruction work in the liberated Azerbaijani territories. He stressed that Azerbaijan inaugurated the Fuzuli and Zangilan international airports in a short period of time and launched the process of settling the first residents in Aghali village in July this year.

Talibov stated that Azerbaijan remains committed to peace and cooperation in the region and is ready to sign a peace treaty with Armenia.

Addressing the official reception, Navor Alberto Rojas Mancera, a member of the Mexican Senate and the former chairman of the Friendship Group with Azerbaijan in the Mexican Chamber of Deputies, congratulated the people of Azerbaijan on the occasion of Victory Day. He praised the current level of relations between Azerbaijan and Mexico.

The ceremony then featured the screening of videos highlighting the ongoing restoration and reconstruction work in the liberated Azerbaijani territories, Azerbaijani culture, and the country’s tourism potential. The participants also enjoyed delicious dishes of Azerbaijani cuisine.

Furthermore, on the occasion of the 270th anniversary of Shusha, the cultural capital of Azerbaijan, a photo exhibition was organized. 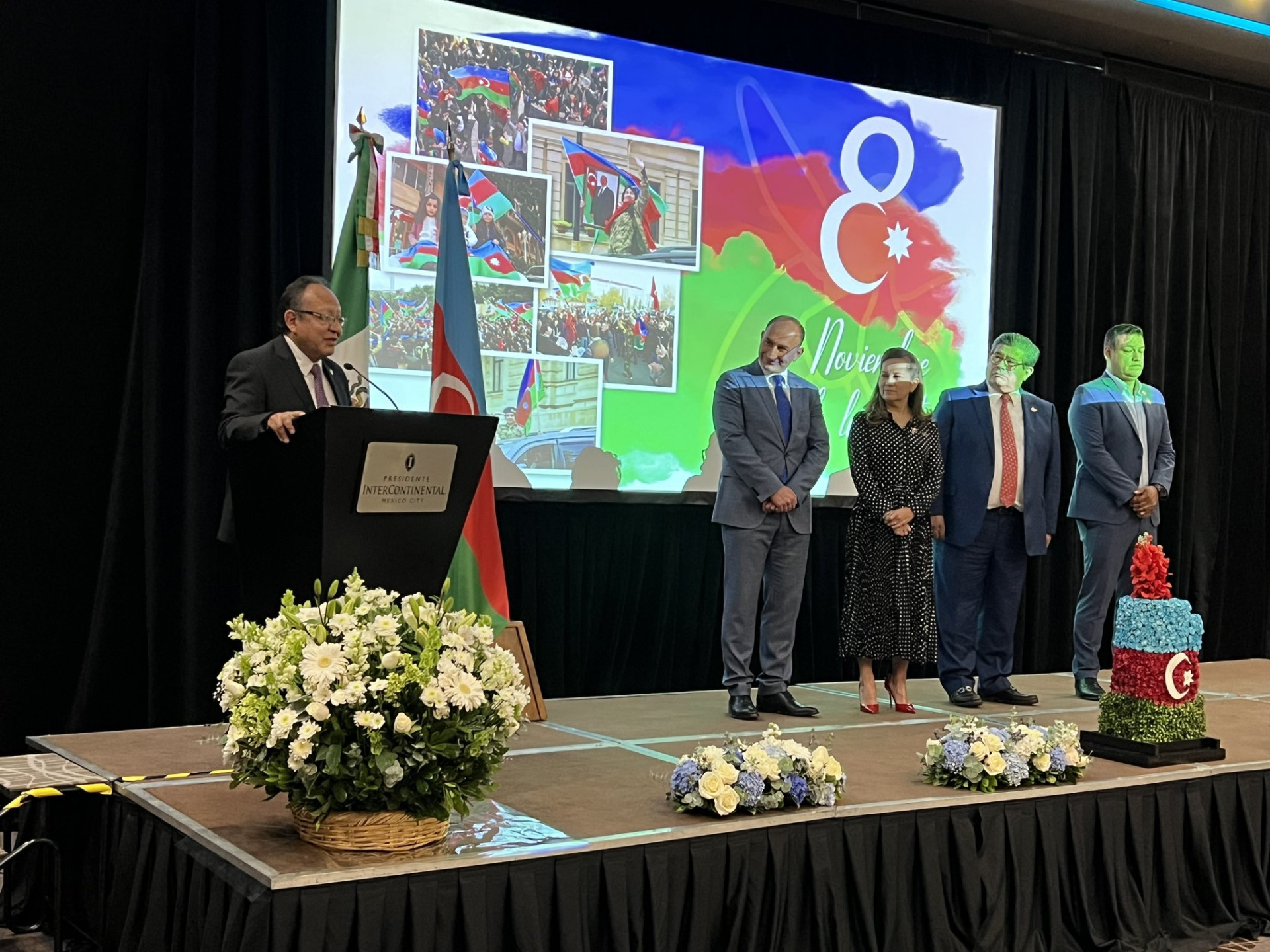 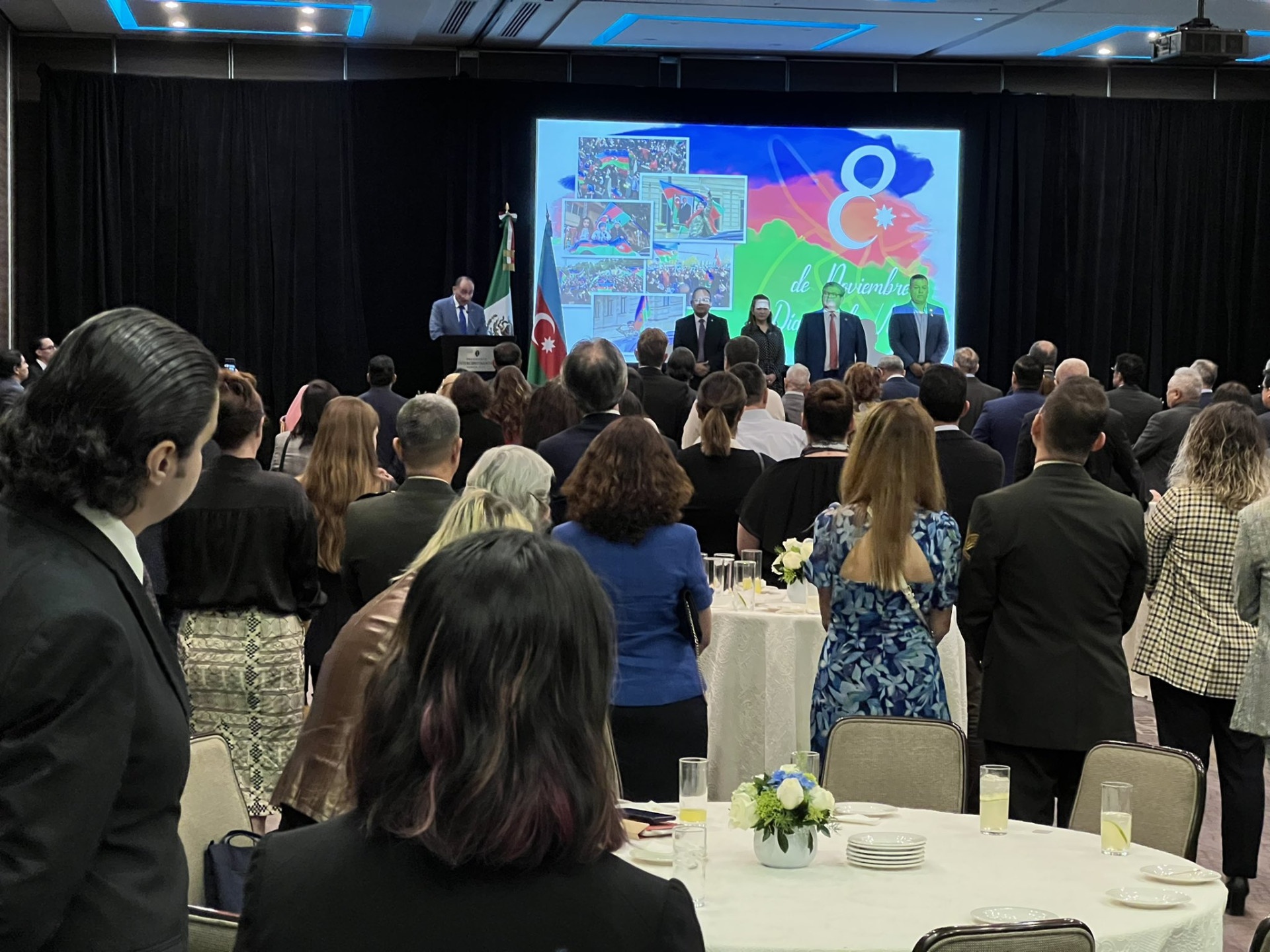 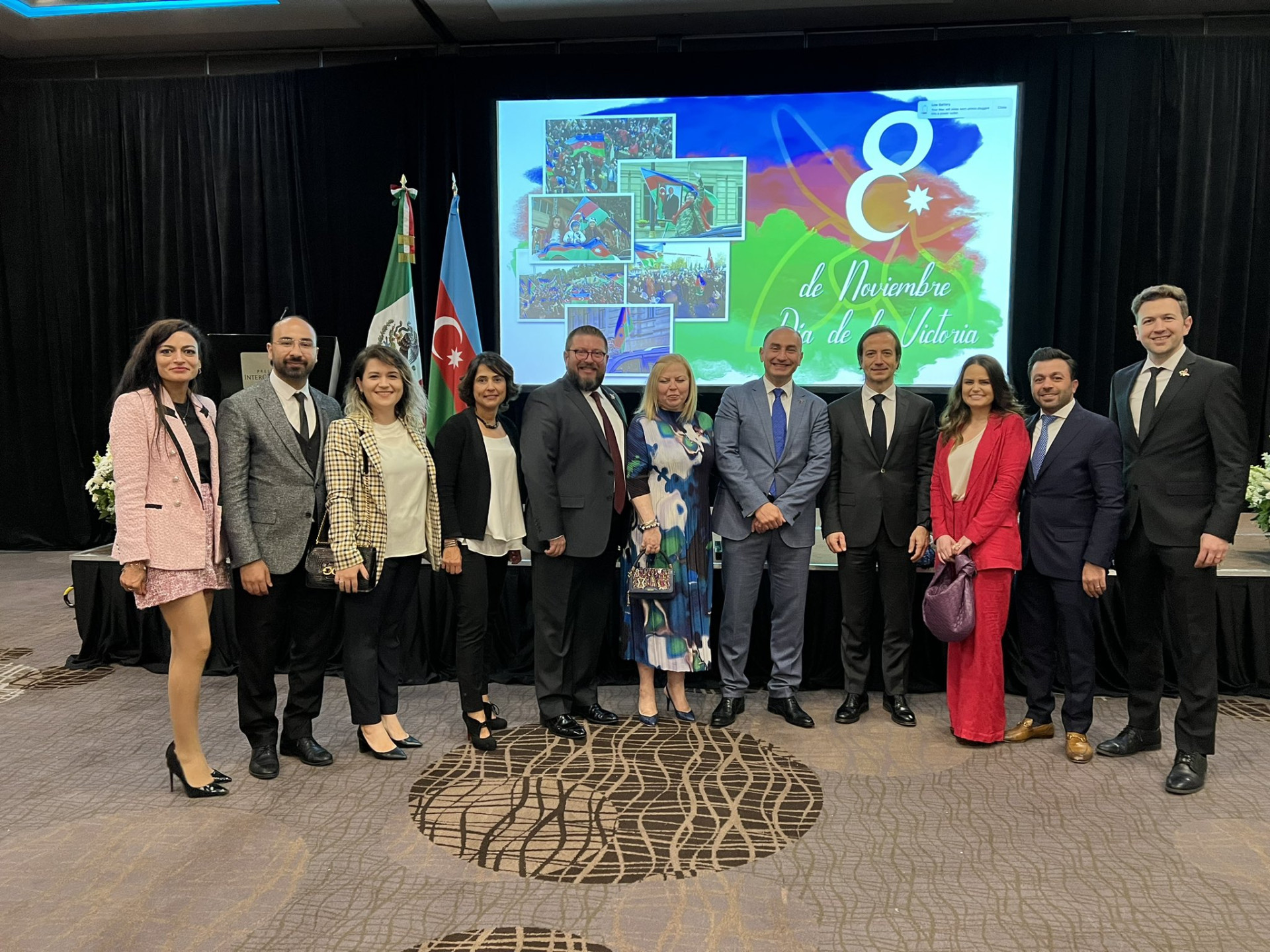