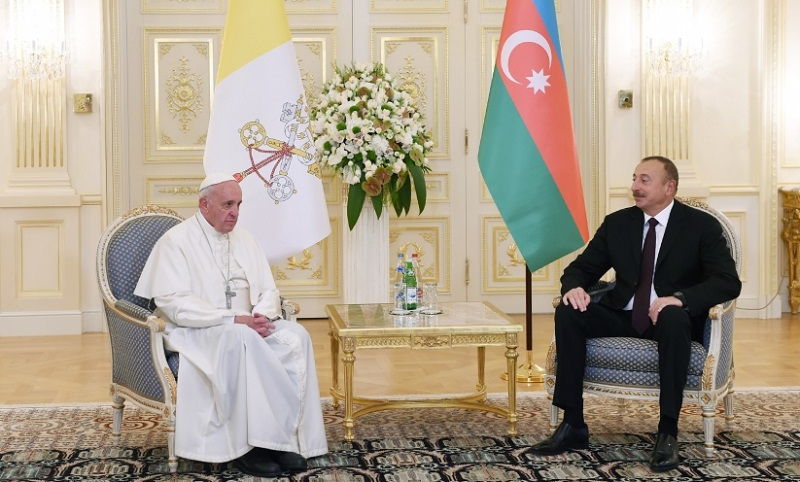 The letter marks the 30th anniversary of the establishment of diplomatic relations between Azerbaijan and the Holy See.

President Aliyev stressed that relations between Azerbaijan and the Holy See, characterized by mutual esteem, have come a long way in these 30 years.

“The historic visits by Pope John Paul II in May 2002 and of Your Holiness in October 2016 to Azerbaijan held utmost significance for our bilateral ties and the inter-civilizational dialogue. I also recall my three official visits to the Vatican and our meetings with you in Baku and Vatican with the fondest memories,” he said.

“The inauguration of the Catholic Church in Baku in 2008 was one of the milestones in the history of our relations. In the meantime, an exhibition dedicated to Azerbaijan held in 2012 in the Vatican was the first of its kind dedicated to a Muslim country. All of that is the manifestation of our cooperation and joint efforts to promote interfaith and intercultural understanding, preserve universal values, and ensure solidarity among the people,” the head of state added.

President Aliyev also praised Pope Francis’ contribution to developing the ties and expanding the dialogue between Azerbaijan and the Holy See.