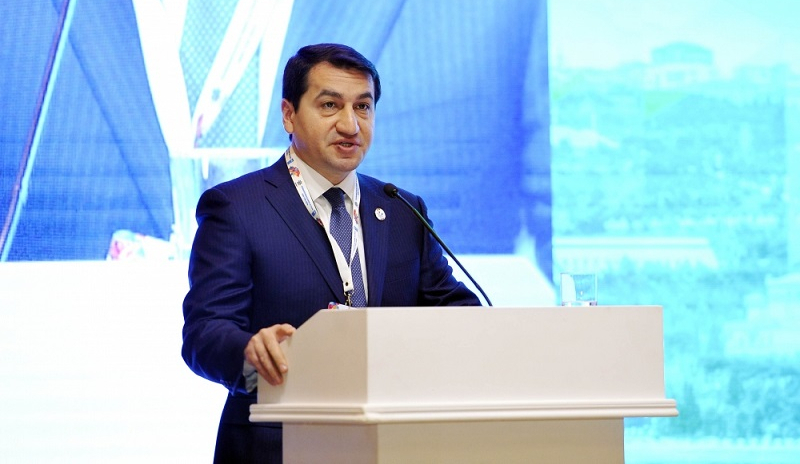 The primary goal of the Azerbaijani government is to ensure the safe return of the country’s citizens to their native lands, Hikmat Hajiyev, Assistant to the President of Azerbaijan, Head of Foreign Policy Affairs Department of the Presidential Administration, said on Thursday.

The presidential aide made the remarks at the opening ceremony of the “Humanitarian mine action and the SDGs” international conference in Baku, a correspondent of News.Az reports.

Hajiyev noted that the timing of the return of Azerbaijani IDPs to their homes depends on the demining of the liberated territories.

The top official pointed out that more than 30 people have been killed in landmine blasts in the liberated Azerbaijani lands to date.

“Although Armenia provided Azerbaijan with minefield maps, their accuracy is 25 percent,” he added.