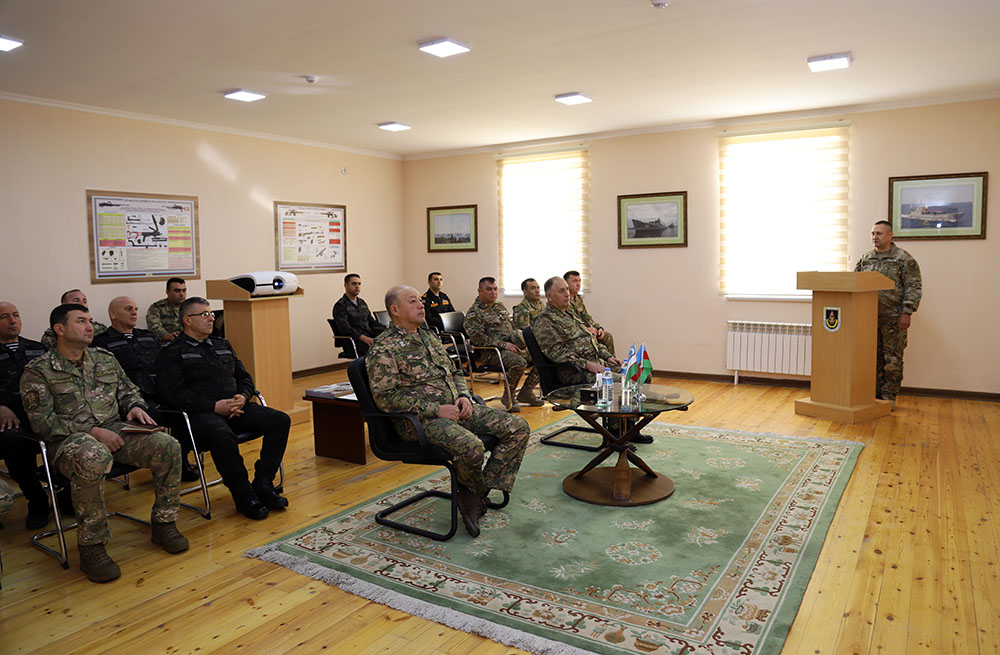 The guest, together with the Chief of the General Staff of the Azerbaijan Army, Colonel General Karim Valiyev, who accompanied him, laid flowers at the monument erected in memory of Shehids (Martyrs) in the territory of the military unit of the Naval Forces and paid tribute to their memory.

Following a detailed briefing about the military unit, the guests got acquainted with the conditions created for the military personnel.

The canteen, barrack, administrative and office premises were visited, and detailed information about the military unit’s weapons and other combat equipment was provided.

Then Lieutenant General B. Kurbanov arrived at the unmanned aerial vehicles military unit of the Air Force, got acquainted with the created conditions, and was informed about the capabilities of combat equipment.

Then the guests visited the National Defense University. They were given an extensive briefing on the university’s history, activities, and military educational system. The Defense Minister of Uzbekistan signed the Book of Remembrance of the university.

In the end, the guests arrived at the simulation center provided with modern equipment, got acquainted with the conditions created for military personnel, and were provided with detailed information about the activities of the center.