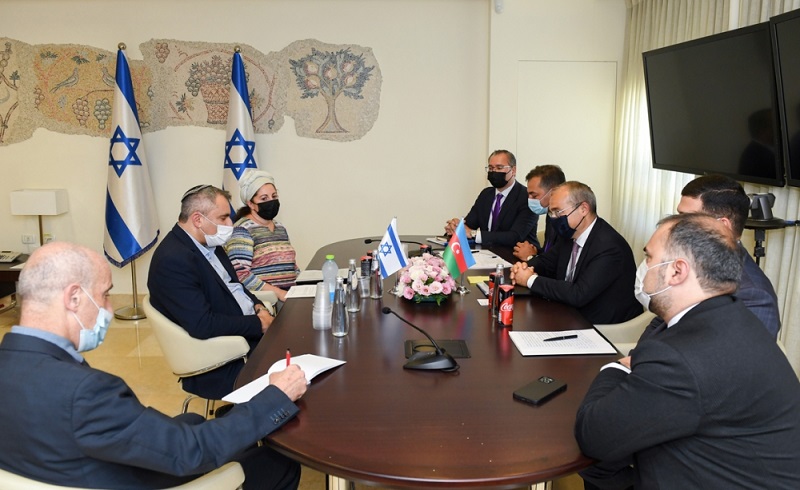 As part of the visit Minister Mikayil Jabbarov had a meeting with Minister of Foreign Affairs of Israel Yair Lapid. During the meeting it was emphasized that friendly relations between the two countries were based on mutual respect and trust. It was noted that cooperation between Azerbaijan and Israel was built not only on economic partnership but also on traditional historical and cultural roots. There had always been great respect and positive attitude to the Jewish community in Azerbaijan, while the community played an important role in the social and political life of the country. Israel was one of the first countries that recognized the independence of Azerbaijan and established diplomatic relations with the country. The visits and meetings of the heads of the two states had significantly contributed to establishing mutual trust between the two countries. It was stressed out that the State of Israel provided support to Azerbaijan during and after the 44-day Patriotic War. Various events were held in Israel to support Azerbaijan in regard to Armenia’s aggression.

Mikayil Jabbarov noted that the Ministry of Economy of Azerbaijan was taking measures to expand cooperation between the two countries and continue the successful work of the Joint Commission between Azerbaijan and Israel. Mikayil Jabbarov provided information on the Free Economic Zone in Alat established in July this year and invited Israeli business representatives to invest in various sectors of the Azerbaijani economy.

During the meeting, both sides also exchanged views on other issues of mutual interest.

On the same day, Minister of Economy Mikayil Jabbarov met with Israeli Minister of Construction and Housing Policy Ze'ev Elkin. The meeting was focused on strengthening economic partnership and exchange of experience in the non-oil sector. The sides also discussed issues of cooperation in the restoration of the historical territories of Azerbaijan liberated from the occupation. During the meeting, Israeli companies expressed their interest in participating in projects aimed at the restoration of the liberated territories of Azerbaijan.

The officials of Israel praised the establishment of Trade and Tourism Representative Offices in their country and emphasized that the missions would be an important platform for expanding bilateral partnership, business contacts and promoting business dialogue, as well as for the creation of new opportunities for strengthening cooperation and contributing to the development of agriculture, ICT, investment and tourism. 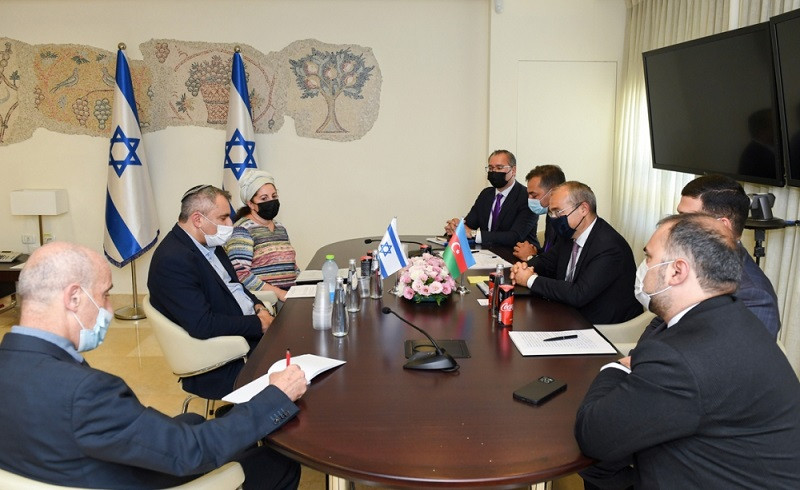 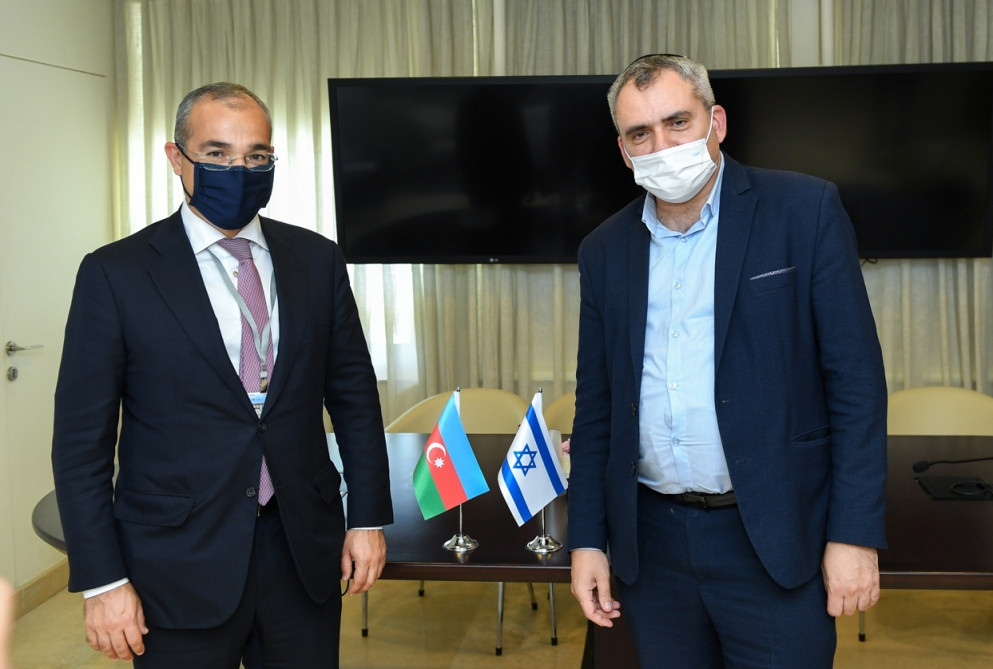