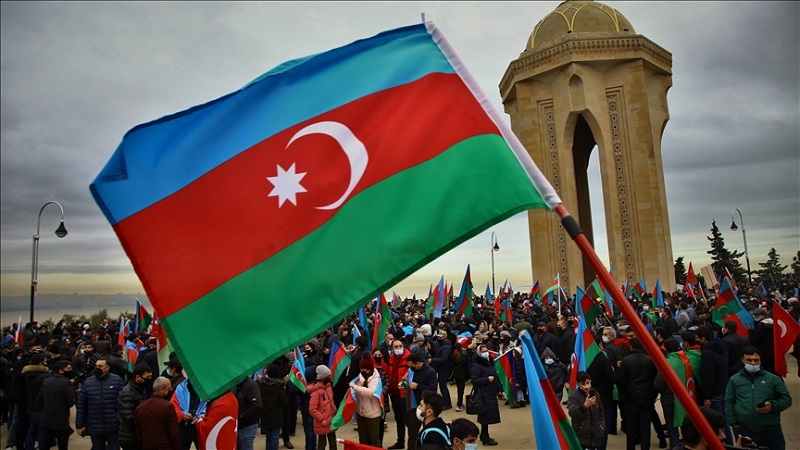 After 30 years of uncertainty in Azerbaijan's Nagorno-Karabakh and surrounding territories under Armenia's occupation, the Azerbaijani army’s victories in the battlefield created new realities in the region.

With Azerbaijan's victory, Armenia eventually had to accept the defeat and withdrew from the occupied territories, and a Russia-brokered cease-fire agreement was signed on Nov. 10.

In the course of combat operations which started on Sept. 27 and lasted 44 days, Azerbaijan liberated the provinces of Fuzuli, Jabrayil, Zangilan, Qubadli and the city of Shusha, while Khojavend, Agdere, and Khojaly provinces were liberated partially. Also, in line with the cease-fire agreement, Armenian forces withdrew from Aghdam, Lachin, and Kalbajar.

"We have expelled the enemy from our land and created a new reality. Everyone should acknowledge this reality," Azerbaijani President Ilham Aliyev said in an address to the nation on Dec. 1.

This new reality entails the Azerbaijani rule over its liberated territories and return of displaced Azerbaijanis to their ancestral homelands.

Under the cease-fire conditions, Armenia's troops and illegal Armenian settlers were evacuated from the provinces of Aghdam, Lachin, and Kalbajar, where Azerbaijanis will now return to live. According to Azerbaijani sources, around 1 million Azerbaijanis have been living away from their homes, which were under the Armenian occupation.

The cease-fire agreement does not include an article regarding the administrative status of Nagorno-Karabakh. In Khankendi, Khojavend, Khojaly, and Agdere, Armenians -- who have already been living in these regions -- and Azerbaijanis -- who had to flee due the occupation -- will live together. Armenians living in these regions will become Azerbaijani citizens. Aliyev has repeatedly stressed that Armenians of the region will now have a better life.

Security of these Armenians will be ensured by Russians for now, and a Turkish-Russian joint center which is currently under construction in the area will monitor the implementation of the cease-fire.

New corridors to be built

The road from Armenia to Khankendi passes through the Shusha city center, recently liberated by Azerbaijan. Under the cease-fire, this road will also be moved out of the city center. Armenians with Azerbaijani citizenship living in Khankendi will be able to travel to and from Armenia through the new corridor. In the coming period, the exits and entrances will be monitored by Azerbaijan.

Among the new regional realities, there is also a corridor that connects Nakhchivan to the western Azerbaijani provinces, which President Aliyev particularly asked for during the negotiations for the cease-fire agreement. During the Soviet era, there were railway and highway connections between Nakhchivan and Azerbaijan. This connection which was cut during the Armenian occupation will be restored but will be under the Russian control for five years. As long as there is an objection from either parties, the presence of the Russian troops in the area will continue. The objecting party is obliged to declare this six months before the end of the five-year period.

Completion of the corridor will also enable a land connection between Turkey and Azerbaijan. President Aliyev said Armenia, if it wishes, would also be able to join this corridor, along with Iran, Russia, and Turkey.

Relations between the ex-Soviet republics of Azerbaijan and Armenia have been tense since 1991, when the Armenian military occupied Nagorno-Karabakh, also known as Upper Karabakh, a territory recognized as part of Azerbaijan, and seven adjacent regions.

During the 44-day conflict, Azerbaijan liberated several cities and nearly 300 settlements and villages from the Armenian occupation.

On Nov. 10, the two countries signed a Russian-brokered agreement to end fighting and work toward a comprehensive resolution.

The truce is seen as a victory for Azerbaijan and a defeat for Armenia, whose armed forces have been withdrawing in line with the agreement.