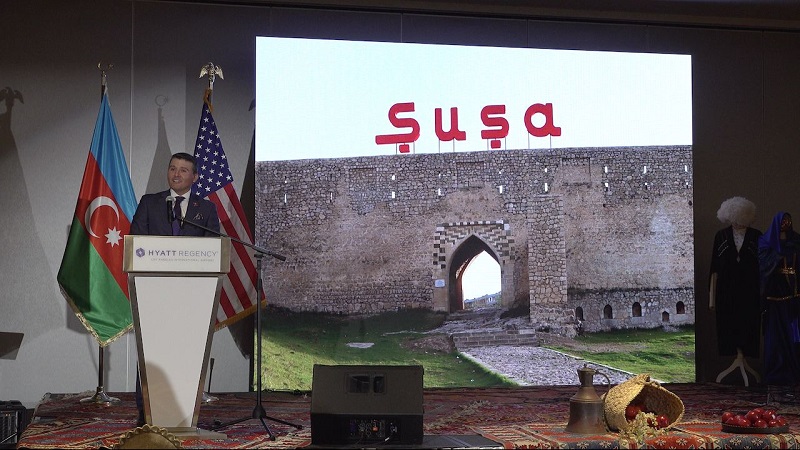 An event dedicated to the Independence Day of Azerbaijan and the 30th anniversary of Azerbaijan-U.S. diplomatic relations was held in Los Angeles, the Consulate General of Azerbaijan in the city told News.Az.

Hosted by the Consulate General of Azerbaijan in Los Angeles, the event was attended by representatives of the U.S. State Department, Los Angeles County and City, Consuls General and Honorary Consuls of various foreign countries, elected officials, faith leaders, journalists, scientists, members of the Azerbaijani community, as well as leaders of Turkish, Pakistani, Jewish, Iranian, Korean, Hispanic and other communities.

The event opened with the performance of national anthems of Azerbaijan and the U.S.

Consul General of Azerbaijan and Dean of the Los Angeles Consular Corps, Nasimi Aghayev, welcomed the guests, stating that on May 28, 1918, the people of Azerbaijan established the very first Republic in their history - the Azerbaijan Democratic Republic - the first ever secular democracy among all Muslim nations and the first majority-Muslim nation to grant women the right to vote and stand for election. He stated that this year also marks the 30th anniversary of Azerbaijan-U.S. diplomatic relations, and that the two countries have built a strategic partnership based on shared values, interests and vision for the future.

Aghayev stressed that today “under the visionary leadership of President Ilham Aliyev, Azerbaijan has become the largest economy in the region and one of the fastest modernizing countries in the world, implementing energy and transportation projects of global importance like the newly launched railroad connecting Asia with Europe or vastly contributing to the energy security of European nations”.

Aghayev further said: “During the 44-day war of 2020, under the leadership of our Commander-in-Chief, President Ilham Aliyev, our Armed Forces liberated Azerbaijan’s territories from 30-year-long illegal occupation. Azerbaijan started clearing the liberated areas from countless landmines, and rebuilding these areas, using smart and green technologies so that hundreds of thousands of forcibly displaced Azerbaijanis can finally return to their ancestral lands in safety and dignity… Azerbaijan is ready for peace with Armenia. Mutual respect for territorial integrity and sovereignty is a prerequisite for achieving lasting peace between our two countries.”

In her remarks, the Regional Director of U.S. State Department’s Office of Foreign Missions in Los Angeles, Gretchen Franke, said inter alia: “In the three decades since the establishment of our bilateral relationship, our countries have become strong partners. Together we are promoting European energy security and stability, combating transnational threats, and advancing bilateral trade and investment…And during this challenging period of global uncertainty, U.S. and Azerbaijani cooperation in energy diversification and international security over the past three decades are excellent examples of how our bilateral relationship is bearing fruit at a critical moment in history.”

Speaking afterwards, Senator Gene Davis from the State of Utah congratulated Azerbaijan on its Independence Day and presented a proclamation signed by the leadership of the Utah State Senate and House of Representatives. 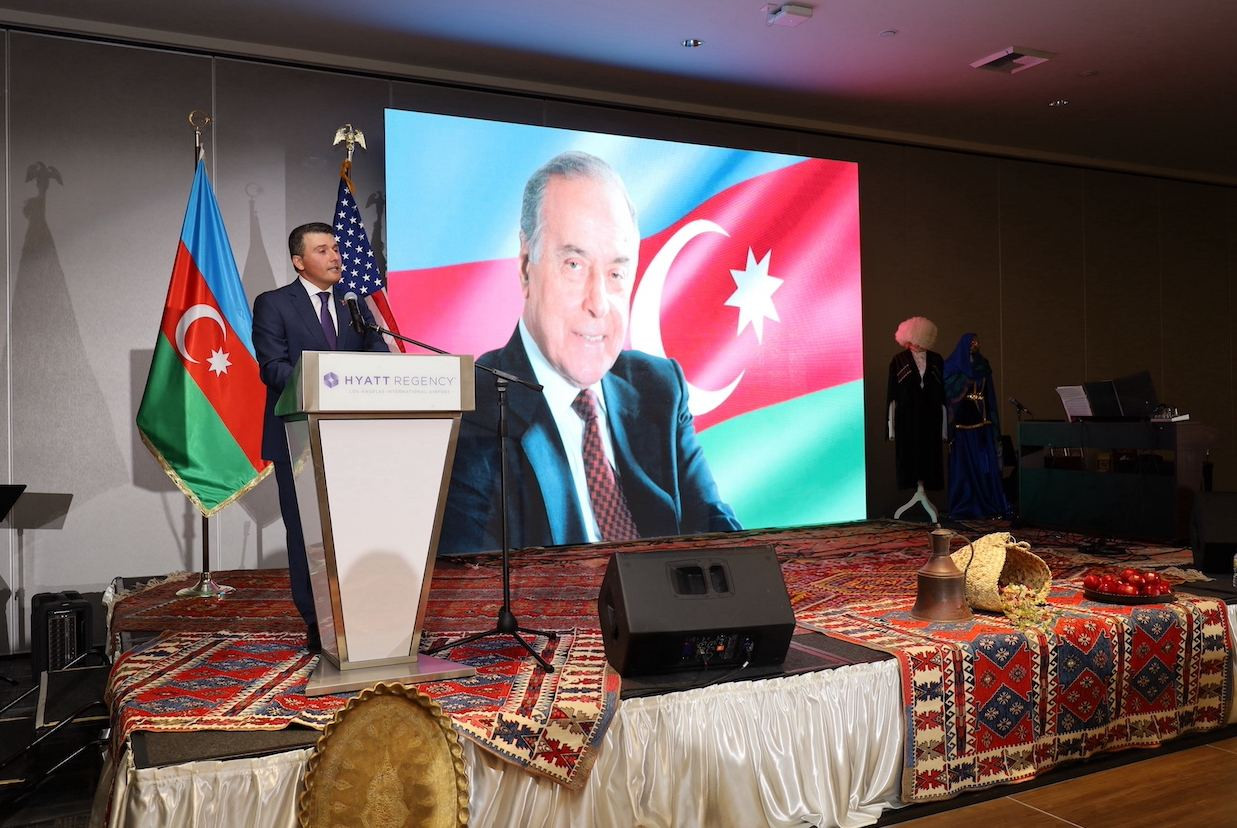 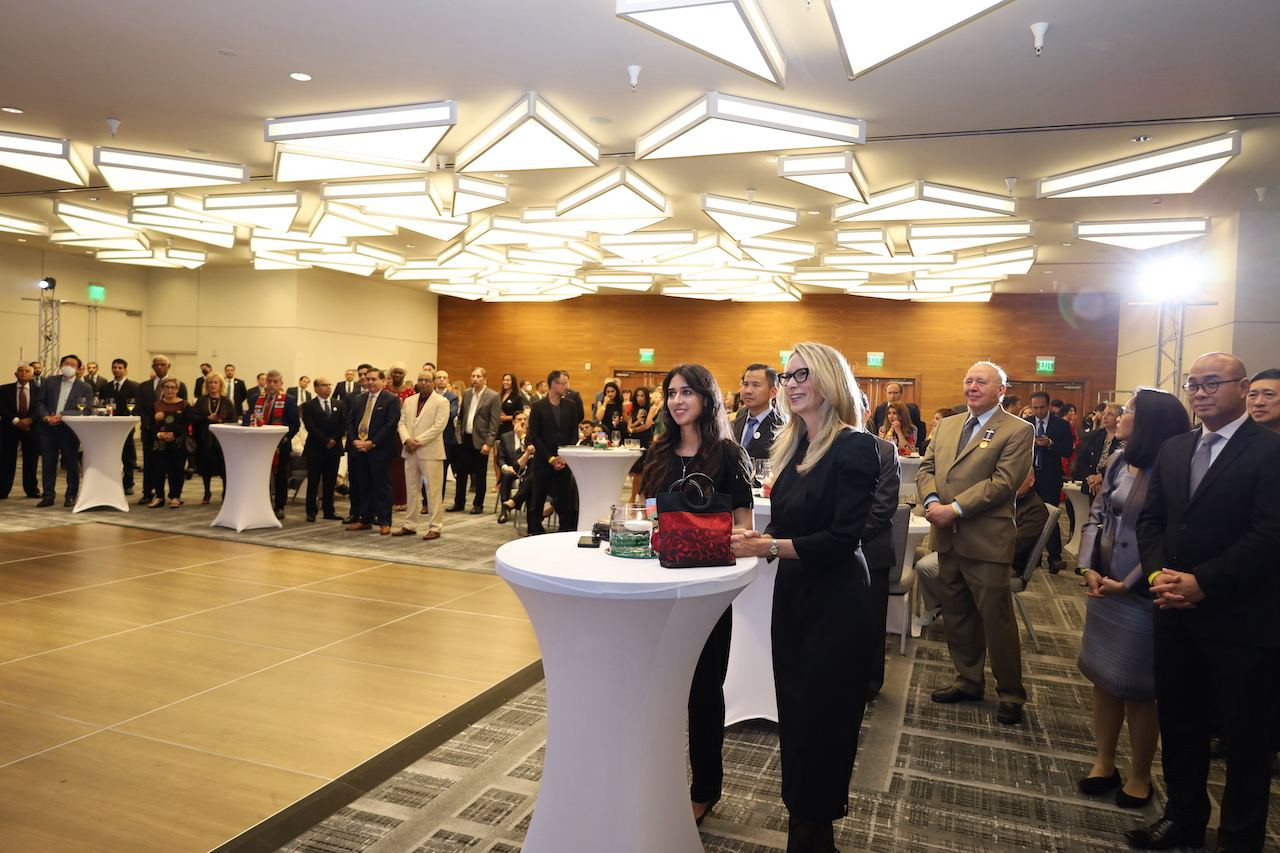 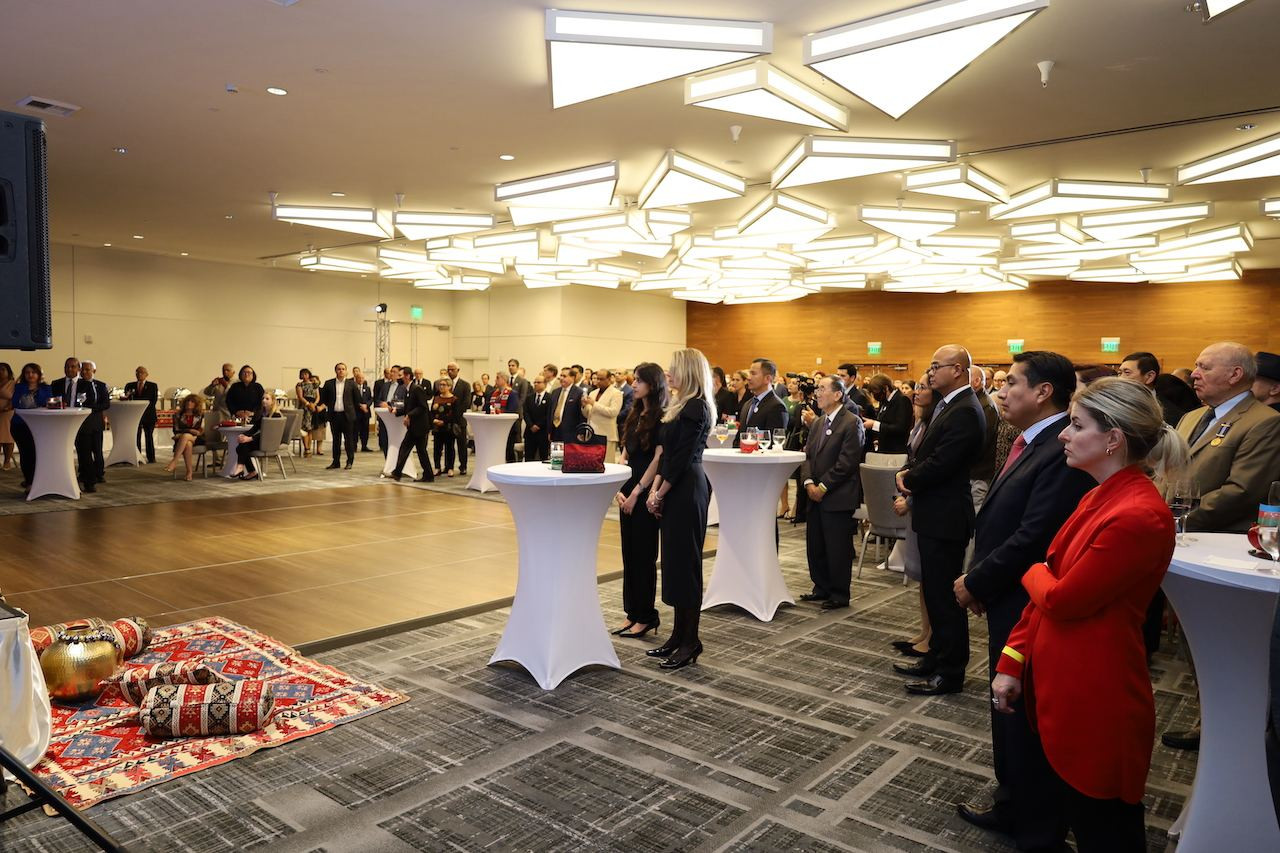 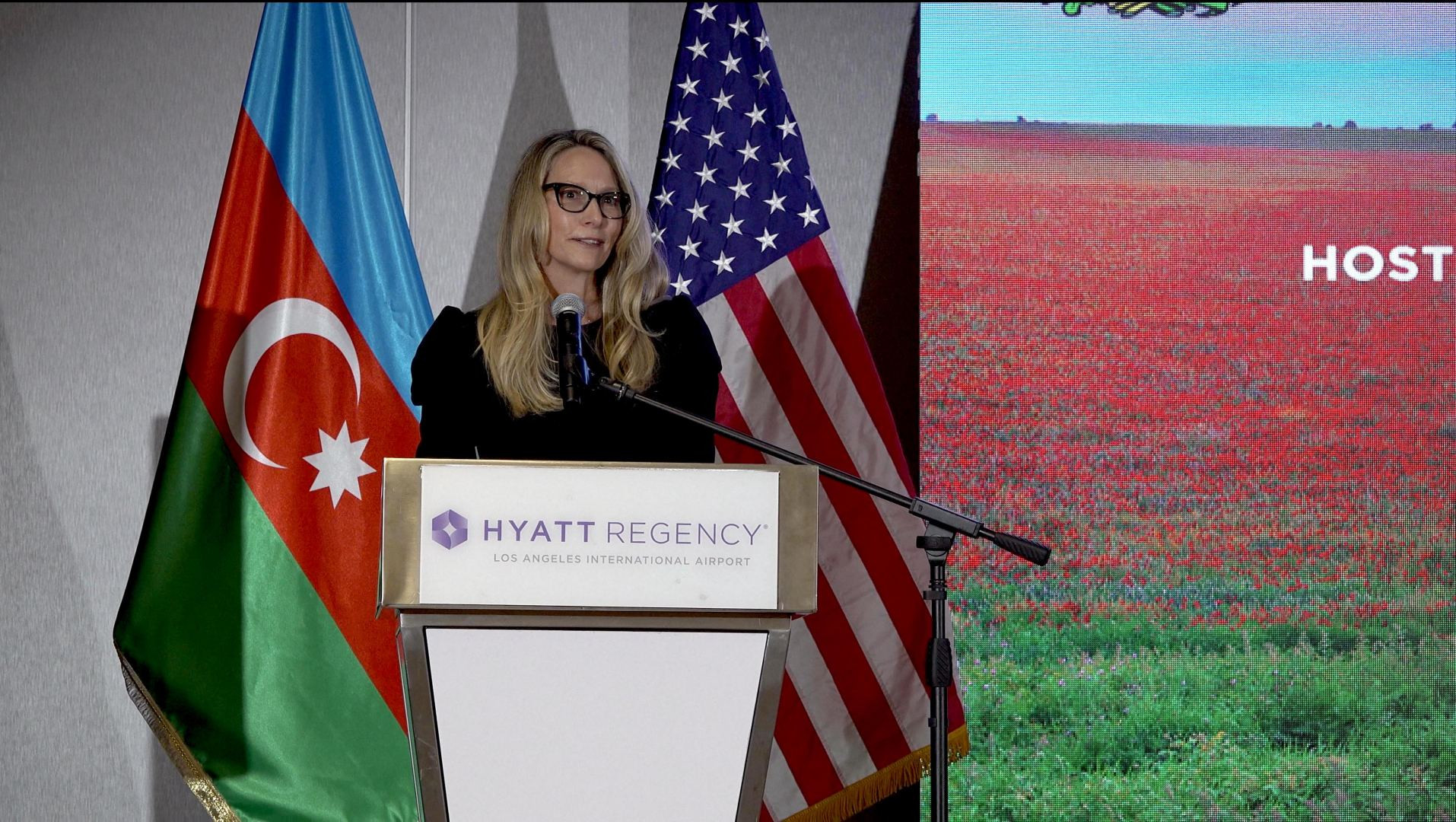 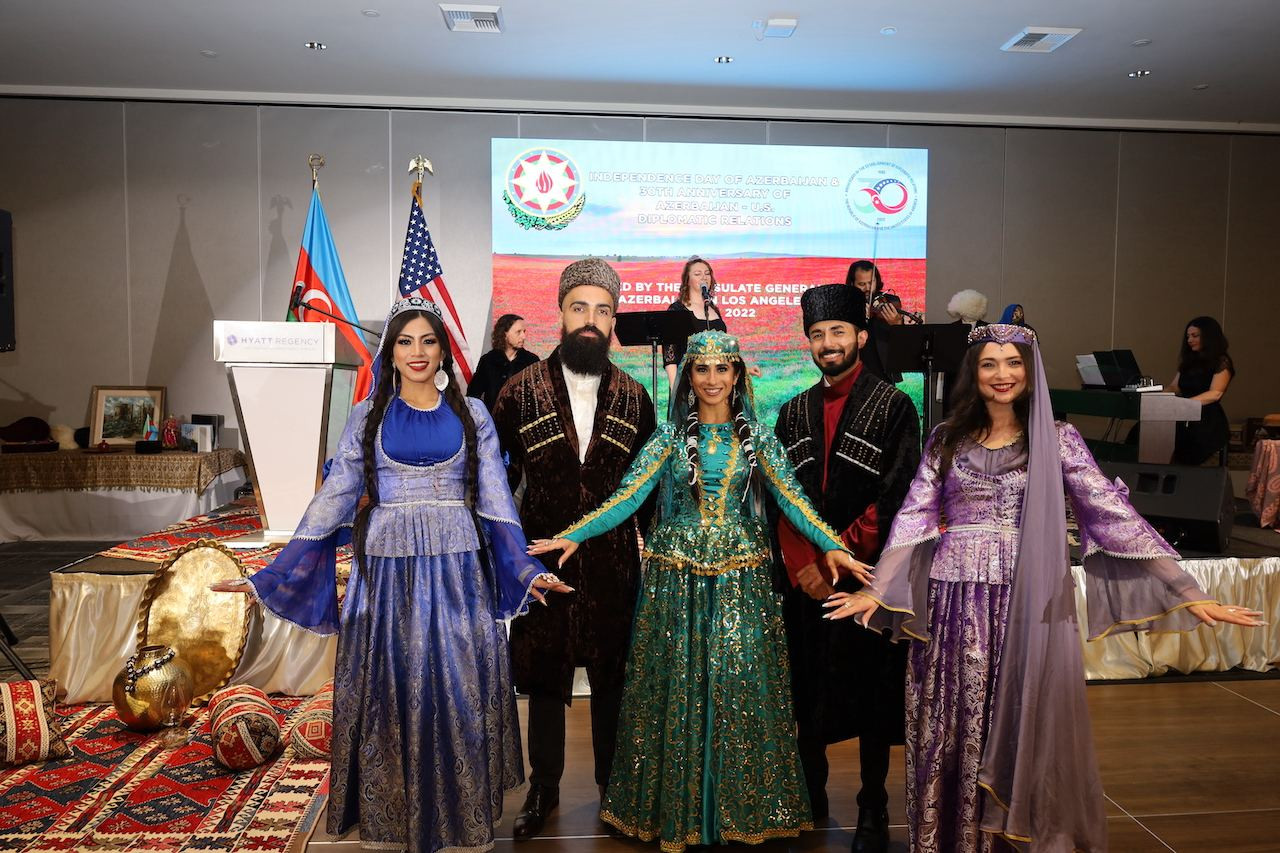