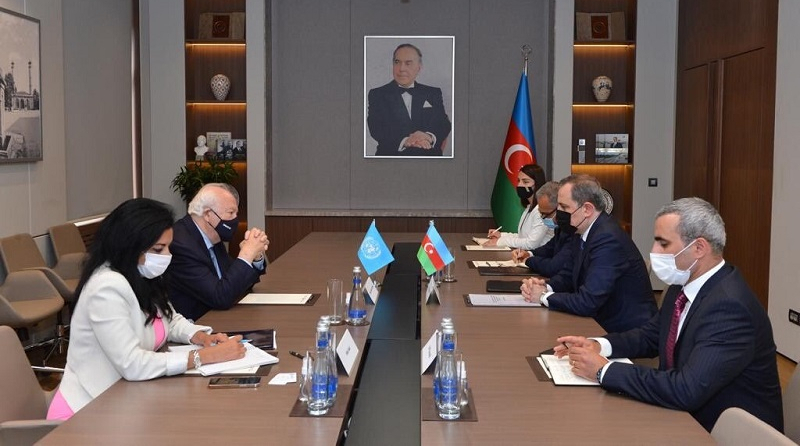 Sincerely welcoming the UNAOC representative, Minister Bayramov draw attention to the mutually beneficial cooperation between Azerbaijan and Alliance. Our interest in expanding this cooperation was noted.

Taking into consideration that, many changes have taken place since High Representative's last visit to the region, the minister spoke about the current situation in the region, large-scale destruction of the territories, demolition of historical, cultural and religious heritage, issue of land mines, as well as works done to rebuild liberated territories.

It was noted that, with the elimination of the occupation factor, there is a chance for the normalization of relations between two countries, based on the strict observance of international law principles as sovereignty, territorial integrity and inviolability of international borders.

Moratinos informed on the activities of the Alliance, which acts as a main political-security tool of the UN Secretary General. He noted that Azerbaijan's support for Alliance is highly appreciated. It was noted that Alliance has extensive plans for cooperation with Azerbaijan post-pandemic period.

Other issues of mutual interest were also discussed at the meeting.