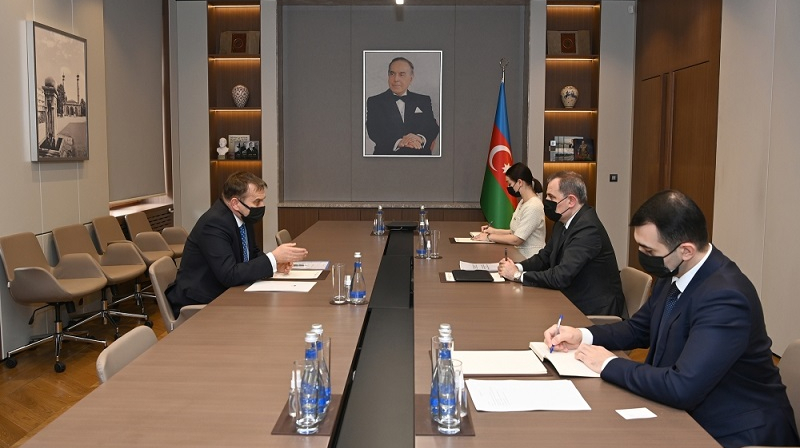 Minister Bayramov noted that Azerbaijan attaches importance to the development of relations with Slovenia, emphasizing the prospects for cooperation at the bilateral level and within international organizations.

Šeligo noted the historical ties and traditions of friendship between the two countries and expressed his country's interest in developing bilateral relations. He highlighted the expansion of relations in the political, economic, humanitarian and other fields, and expressed confidence that the holding of the first meeting of the Joint Economic Commission this year, as well as the establishment of cooperation with ANAMA would give a positive impetus to existing relations.

FM Bayramov provided an insight into the current situation in the region, restoration and reconstruction work carried out in the liberated territories, as well as demining in these areas, Azerbaijan's position on the normalization of relations between the two countries in the post-conflict phase.

The sides also exchanged views on Azerbaijan's cooperation with the European Union and cooperation carried out within the OSCE. A mutual agreement was expressed to continue in the coming years the practice of political consultations held in 2021 between the foreign ministries of the two countries.