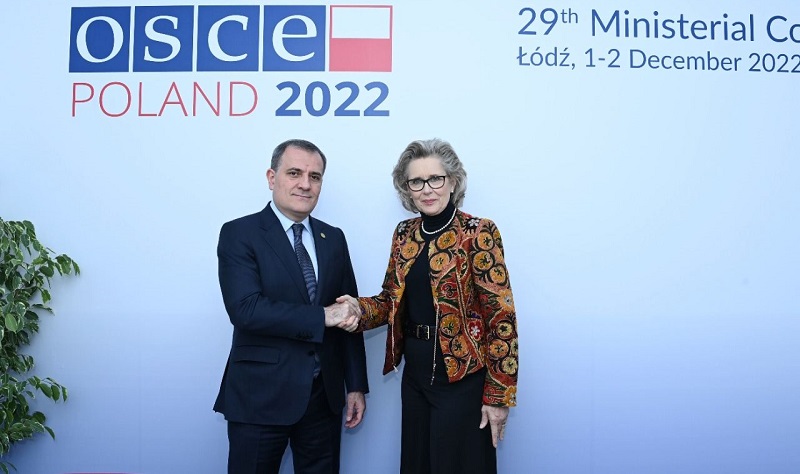 Azerbaijan’s Foreign Minister Jeyhun Bayramov on Friday held a meeting with President of the OSCE Parliamentary Assembly (PA) Margareta Cederfelt on the sidelines of the 29th OSCE Ministerial Council in the Polish city of Lodz, the Foreign Ministry told News.Az.

Bayramov briefed the OSCE PA President on the current regional situation, including the ongoing reconstruction work in the liberated Azerbaijani territories, the landmine threat, as well as Baku’s steps aimed at normalizing relations with Yerevan.

He noted that despite the Armenian provocations and attempts impeding the peace process, Azerbaijan will continue its peace efforts to ensure regional stability, including the signing of a peace agreement, border delimitation issues, opening of all communication routes, and other topics.

Cederfelt noted that the OSCE PA attaches great importance to cooperation with Azerbaijan, stressed the importance of ensuring peace and security in the region, as well as expressed the organization's readiness to promote inter-parliamentary dialogue supporting the peace process.