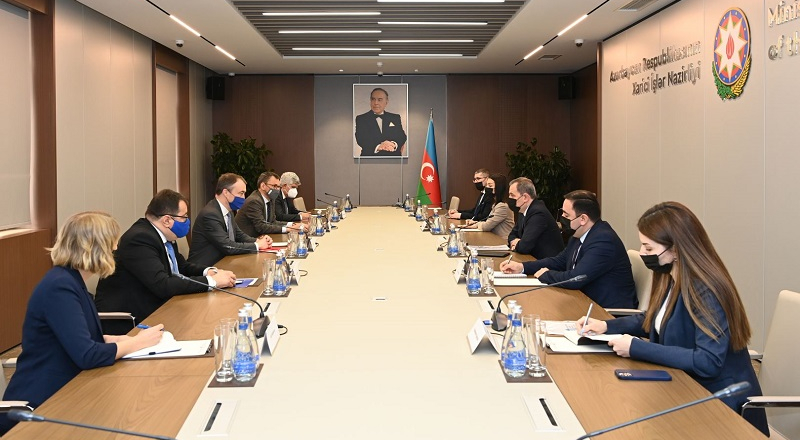 During the meeting, Bayramov informed Klaar about the current situation in the region, as well as the work conducted by Azerbaijan to implement the tripartite statements.

The Azerbaijani minister stressed the active role of the EU in supporting peacekeeping efforts in the region, in particular, high-level meetings which are held upon the initiative of the European Council president.

While speaking about the agreements reached during the high-level meetings, Bayramov stressed the importance of fulfilling the promises made by Armenia, including those related to the provision of information by Armenia about the fate of 4,000 Azerbaijanis who went missing during the first Armenia-Azerbaijan Karabakh war.

He stressed that Azerbaijan highly appreciates the EU’s support in the de-mining process and other restoration work in the Azerbaijani lands liberated from Armenia’s occupation.

In turn, Klaar stressed that the EU is ready to support the process of achieving peace, security and progress in the region.

The EU special representative also said that he is expected to hold a meeting at the Azerbaijan Mine Action Agency.

Klaar added that the possibility of increasing the amount of assistance to Azerbaijan in the de-mining process will be considered.