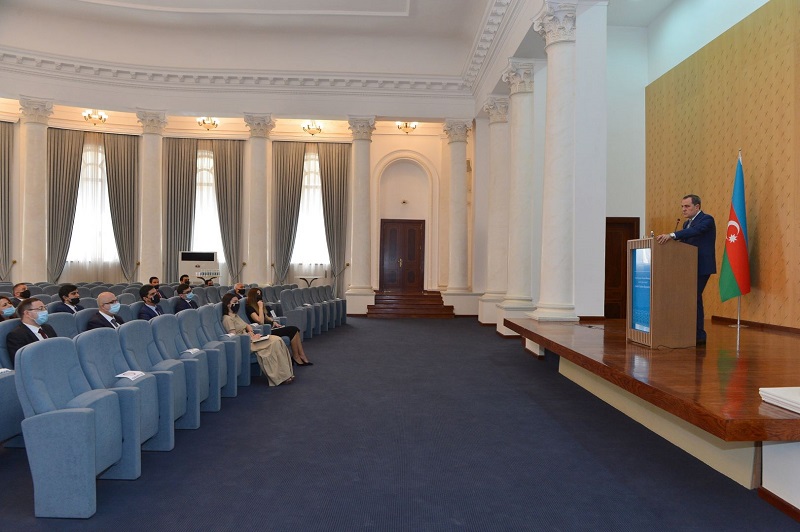 Bayramov congratulated on the appointment of diplomats who will work in Azerbaijan’s diplomatic missions and consulates abroad.

He noted that this appointment, which falls on a historic period for the country, places an even greater responsibility on each diplomat in the context of a worthy representation of the country in the international arena, and stressed the importance of comprehensive training of diplomats.

At the meeting, the minister touched upon the new realities in the region after the victory of the Azerbaijani army under the leadership of the Supreme Commander-in-Chief, President of Azerbaijan Ilham Aliyev (liberation of Azerbaijani territories from Armenian occupation in the Second Karabakh war from late Sept. to early Nov.2020).

Minister Bayramov also spoke about the implementation of the country's foreign policy in accordance with the realities, ensuring the interests of Azerbaijan at the international level, the duties of the diplomatic mission and other issues.

After an extended exchange of views with diplomats, the minister answered their questions.